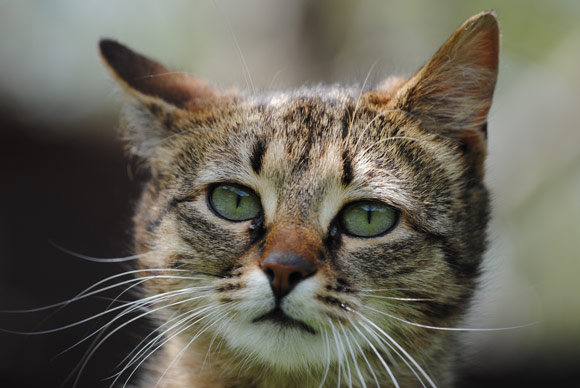 What is the reason for you to have a pet? Many times it is really only your entertainment and often even a substitute for missing social contact in life. I have met so many people who use their pets because they don’t have another outlet for their feelings.

Many of them need someone whom they can command. They enjoy the feeling that they say something and it is done. As they cannot do this with other people, they get themselves a dog and teach him what he should do. This makes them feel in power and makes them feel good about themselves. But is this the right reason for keeping a dog, just to have a slave-like being that obeys?

Others don’t have anybody in their lives whom they can hug, who gives them warmth and love. Many of these people are simply not able to make friends. They are not able to make contact with people in a normal way and this is how they feel lonely. The solution is to buy a pet. A cat that can lie in their lap, whom they can stroke and who comes to them because it is also just lonely and needs someone. They can talk to the cat and it never answers anything that they don’t want to hear. But shouldn’t you rather go out and learn how to get along with human persons, face the real life instead?

Sometimes cats and dogs even have to serve as substitutes for precisely a certain role: children. People who cannot have children or who are too busy to really have children, sometimes get a pet or two and behave as if they are their children. They call themselves mum and dad and have the feeling that they really have a little family in this way. There is however the fact that a cat or a dog does not have such a high life expectancy as a real child would have. So whenever the pet has to face its death, the ‘parents’ are devastated. After all, this dog was like their son to them! They try everything to save it, bring it to the vet and spend lots of money but in the end the dog will die before them. I have even met people who then, naturally after an appropriate time for mourning, went and bought another dog that looked just exactly like the old one, the same race, the same colour and the same height. They call it by the same name and become its parents again. Don’t you think you are cheating your own feelings? Buying children and when they die, you replace them again?

And of course cats or dogs are not as care-intensive as are children! You don’t need to be pregnant and give birth to them, you can simply go and buy them! It is pretty easy, they even give you a complete pack of accessories along with the pet when you buy it. For a child, you will be responsible at least for the next 18 years. You will have to send it to school, you have to take care of it when it has its own friends and when it makes its own experiences. A cat or a dog is not that difficult! For people who are lonely, pets are also easier than partners. They don’t argue, they don’t cheat on you, you don’t need to date them and convince them that you are the one – you just buy them and there you are! It is just so much easier. But again, is that really how you should live your life and how the animal should live its life?

Reconsider why you want to have a pet. If it is because of your ego and the wish to command or if it is as a substitute for human companionship or if it is only for your own entertainment, don’t do it. I love animals and for their sake I want to ask you to give them their freedom. Tomorrow I will write a bit about the cases in which I believe it is fine to have a pet opposed to those which I described today.