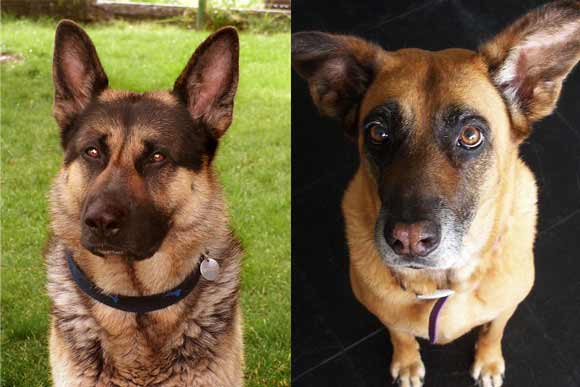 Last week I have written a lot about pets and animals, how I think you should keep them and how they should not be kept. I also expressed my opinion about the general idea of having pets and said that you should not keep a pet only for your entertainment if this in any way limits the freedom of the animal or is not good for it. Humans have kept pets for their own benefit without looking much at what is good for the animal. The ego of wanting to show off with your pet has led to breeding animals in a certain way for certain characteristics.

This is one of the best examples of how human has deliberately destroyed the lives of many animals and has made them live in pain. People thought that a dog of a certain breed for example is only beautiful if he has all characteristics of that breed. In order to achieve this appearance, dog breeders have made many experiments and sold the best examples for much money. For them it is greed, for those who buy the dogs it is ego but for the dog it often means a life full of pain.

Dog breeders did not care much about whether the dogs that they put together may have been related by blood, as long as that blood was clearly and provably of one certain race or breed. In this way, by inbreeding, they created the problem: two recessive genes carrying disorders came together. This would hardly ever have been a problem if the dogs had mated out in nature with dogs of another race or family. But within their family they are all carrying those defected genes and inbreeding makes the risk of this gene turning up much higher.

That is how so many purebred dogs today have serious diseases. Breeders tried to make bulldogs and other breed look flat-faced and thus these breeds have big trouble breathing with their set-back noses. Additionally bulldogs have such big heads but narrow hips that they cannot give birth naturally. Their puppies have to be born by Caesarean section, there is no other way!

Pugs are supposed to be beautiful if they have very large, round eyes. They have bred them as much that most pugs nowadays have eyes that protrude so far that their eyelids can hardly cover them to clean them. Many of them suffer from chronic conjunctivitis which frequently leads to blindness.

German Shepherd Dogs, Labradors and other large dog breeds but also some smaller breeds often have a common problem which also started by inbreeding: hip dysplasia. In this disease the thigh bone does not properly fit into the hip and thus the dog wears off the joint when he is walking which causes pain and in the end normally cripples the dog. He cannot walk properly anymore, has arthritis, tries to balance the weakness of his hip in other ways and just leads a miserable life which often ends with being euthanized by its owners who were previously proud to have a purebred dog.

Large dogs in general, bred to be even bigger and heavier, have problems cooling down their bodies while small dogs cannot get enough heat to stay warm. Big dogs have problems with their knee joints and often have tumors in the legs, simply because of their heavy weight!

You could go on and on about immune system diseases, skin problems, blood disorders, joint problems, crippling, paralysis, impairments of sight and hearing, heart disease and cancer in all those pedigree pets. It is not only dogs, also cats, horses and other animals suffer from these problems.

The worst thing is: people still don’t care! They go to shows and competitions where the beauty of their animals is rated by exactly those attributes that make them sick! The sicker they are, the higher their value! Humans deliberately create these animals and make them ill. Isn’t human the most cruel creature on this world?

Not a Reformer, not a Guru, not a spiritual Leader, just a simple Man – 1 Apr 13