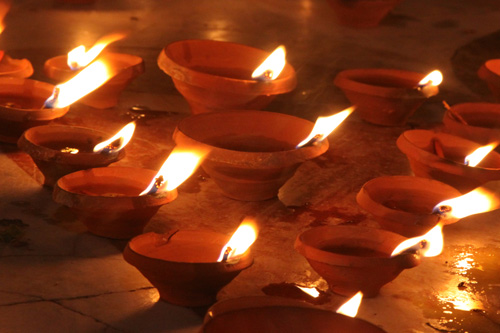 I already told you that I got much support from friends after my sister had died in 2006. Although nobody can really alleviate the grief you feel, it is nevertheless great to have someone to hug and a hand of a friend on your shoulder, with love and compassion. There were however also some people whom I thought to be friends but who did not really mean to support us when reaching out.

I received such an email. It was by a woman whom I had once considered a very good friend but for whom I had already realized that she was a bit too deeply in the esoteric scene for me. She believed in things I thought were far too incredible and due to her efforts to convince others, which they didn’t appreciate at all, I had created some distance in between us.

In this woman’s email she started by expressing her condolences about the passing of my sister Para. Then however she continued saying that she had had a dream. She had dreamt that Para was in a kind of state in between worlds and due to some Karma, some sins that she could not dissolve in her life – because it was cut short – her soul was stuck there. I should do certain ceremonies and prayers to help the soul of my sister.

Can you believe this? That someone would send such a mail to a man who has just lost his sister and is in deep grief about it? Who would like to hear that your loved one is in a kind of purgatory and has to suffer, blackmailing you into doing some weird kind of rituals in order to help?

I sent back a cross reply and although I don’t remember exactly what I wrote, I believe I told her not to bother with the well-being of my soul or the ones of my family. Maybe she had meant it well but it was definitely not something to say to a grieving person!

Some people just lack every notion of tactfulness and sensibility when it comes to the feelings of others. Another woman once had come to the Ashram for a visit. We had known each other for years. When she left, she got into the taxi which would take her to the airport and asked the driver for the seat belt. As people don’t normally put it on in India, he had to search for a few minutes to get it out behind the seat covers. While locking the belt, she turned to us and said ‘I have learned from your experience!’ and they drove off.

Even with a seatbelt, my sister and anybody on that side of the car would not have stood a chance to survive. Regardless this fact however, a friend just doesn’t say such a thing. Needless to say we are not friends anymore.

That’s how I learned that your bad times can also make it clear to you who are your friends and who are not.