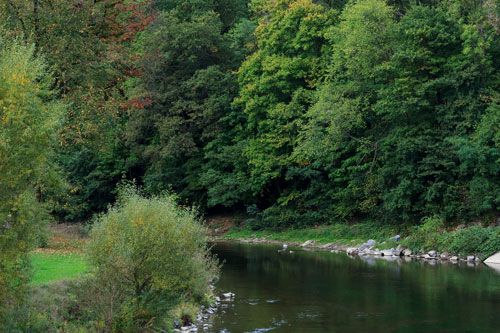 On my journey through Europe in 2006, I arrived in Belgium as well, where I had been invited for program. Although the program went largely as usual with some workshops, individual sessions and lectures, I will remember that time, mainly due to one certain lecture.

When Yashendu, our musician and I came to the home of our organizers, we were welcomed heartily. We had nice talk and got to know them better. When we entered their living room, we saw a big photo hanging on the wall, of a man and a woman. I didn’t know who they were, why their image was on the wall and what they did in real life. They looked like an Indian guru and maybe his wife or another, female guru but I didn’t ask our organizers. If they wanted to have a guru, it was their thing and just because I had left that idea behind I wouldn’t try to convince them of anything.

When it was time for my lecture, I started talking. I don’t remember anymore which topic had been asked to talk about but I know that I somehow came to talk about enlightenment. In Sweden, where I had been in summer, someone had told me of a ‘Deeksha movement’, in which a guru was selling courses to reach enlightenment. I joked about the idea that you could have a money-back guarantee that nobody would claim – after he had paid a lot for becoming enlightened, who would admit he was not?

I made fun of this idea and such courses and explained how the word ‘Deeksha’ was taken to a fully different meaning in order to create income for gurus. Those gurus who were leading the movement.

Little did I know that behind me on the wall there were the faces of exactly those gurus who had started it! They are called Kalki Bhagavan and his wife, Amma Bhagavan but in that time, I didn’t know their names nor had I seen their faces!

It was pure coincidence and I am still wondering today whether a big part of my audience didn’t know that, just like me, or they were patient enough to listen to me nevertheless. In any way, after the lecture, a woman came to me and told me ‘You know, this deeksha movement you were talking of, it is led by these two!’ and she pointed at the photo.

It was such a funny coincidence but it didn’t bring any strange feelings in between my organizers and me. It was an example for the fact that people can have fully different opinions but still go along without problems, without fighting and with full respect for each other.