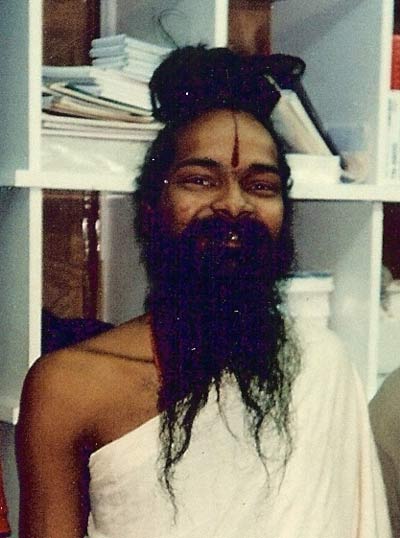 Of course there was also time to do other things while I was in London in 2002 and people were interested to show me the city and its sights. A woman who always came to my programs asked me whether I would like to see the city. When I agreed she told me that she had a daughter, a bit younger than me, who would be very happy to take me out and show me around. I did not know her daughter as she had never been to my lectures but I saw no reason to decline the offer.

So some days later I was picked up by her daughter. We were walking through the town and talking a bit when the young woman looked directly at me and said: ‘So you know why my mother sent me out to spend time with you?’ and she smiled a bit. I gave her a big smile back and said ‘Yes, as much as you know, I also know’. We both laughed and talked more about the way of matchmaking that Indians in London obviously loved so much. We spent a very nice day together but did not develop the feelings that her mother would have loved us to develop.

The matchmaking was not only restricted to persons who were present. As usual in a culture in which arranged marriages are normal, people constantly think about who could fit to whom. Another woman who used to come to my program once asked me more about my siblings. I told that I had two brothers and a sister. That sparked her interest and she asked me how old my sister was. After my answer she nodded and asked me whether I would like to marry my sister to someone in London. My answer was that I did not mind where my sister would get marry, whether that would be London or somewhere in India.

This woman did not know my sister and I had no idea whom she had in mind as a possible husband. She just knew me and because I was a good person, my sister would be, too. She asked me whether I had a picture with me and as I said I did not, she gave me her contact details so that I could send my sister’s picture and her bio-data when I reached home.

I really did not mind the fact that she wanted to get my sister married. I was used to the concept of arranged marriages and in the beginning I felt it might even be a good idea. London is a nice city, one of the big centers of the world and many people would love to get the possibility to move and live there. I would be happy with whatever my sister would be happy.

This thought however made me realize that it might not be a good idea for her to marry here after all. I had experienced the culture of London Indians a bit now and I felt that they were actually more backwards and old-fashioned than we were in India. With the effort to try and preserve their culture far away from home, they were not as modern as people in India were. And I knew my sister had a modern mind and would probably not enjoy life in London that much. I felt she might not be happy as she was more free than most of the Indians I had met there.

So I listened, nodded and took the contact details but did not even make the effort to tell my family about this idea when I got home.

I had fixed some programs with people who had come to my lectures and who wanted to organize something at their homes, too. These programs were supposed to start about a month later and until then I had some free time. I decided to go to Germany and also to Switzerland, where I had a friend. So I left my musician in London and travelled to Luneburg in the beginning of summer 2002. I knew I would have some work there with the patients of my friend the doctor. I was looking forward to that but at the same time I had another small personal interest to go there, too: I remembered very well how I had lost my virginity there and I had the phone number of that girl, intending to call her when I reached Luneburg.