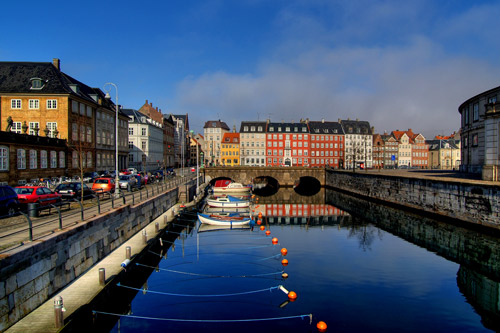 I would like to tell you of a lecture I had in Copenhagen in 2006. It was, well, a different kind of lecture. Let me tell you why.

I had a friend in Copenhagen. I have told you about him before, I believe. He is a writer and author, a philosopher and quite interesting person. He had invited me to come back in 2006 and he was the one to organize my program that time. More than being my organizer however, he was my friend and I was looking forward to spending some time with him, too, in between work.

I reached Copenhagen in the morning and after having arrived at his home, where I was going to stay, he told me what the program would be. The very first point on that list was a lecture the same evening and he specified a detail: I have planned a lecture of a different style today! I asked what he meant with that and the explanation followed suit:

It would not only be me giving the lecture but also him and another friend of both of us who was quite popular in Copenhagen for his work directly with people and their physical problems. All three of us would speak on the same topic and then the audience – who would actually pay to see these three lectures by different speakers – would then judge on who did it best.

I was totally baffled. It was just a few hours before the lecture and I had never ever talked in a concept like this. I was never into competitions and I had no ambition to win something like a speaking contest! I honestly didn’t like the idea. I imagined it to be strange to compete with two of my friends! Anyway, the arrangement was made and so I thought that it would at least be a first experience of this kind. Something new – let’s do the best out of it!

It happened as it was planned. My friend had papers distributed to the audience with the names of us three speakers on them on which they would in the end give us marks. We then all three gave a lecture on the same topic – I don’t remember what it was – and our listeners got some time to note down their marks. The papers were collected and counted – and it was time for the results:

I won the competition, second was our common friend and the organizer himself came third and last.

I was not surprised – it was my profession after all! As far as the other two were concerned, I think it was just a liking by the crowd. Our common friend had loads of knowledge and although he was not a speaker per se, he was in contact with clients the whole day long. He himself was a writer, a person who generally knows how to express himself in word.

We all laughed and joked about it and the audience also enjoyed how light we took it – at least how we seemed to take it. I had the feeling that my friend’s pride had taken a blow! He showed a smile, pretended to laugh about himself but there was something more! I knew him and could feel that on the inside, he had not expected to reach third.

He could not enjoy this as he should – otherwise I think this whole idea could have been fun in the end!

Experiment on self: the Effect of too much Pizza – 26 Aug 12