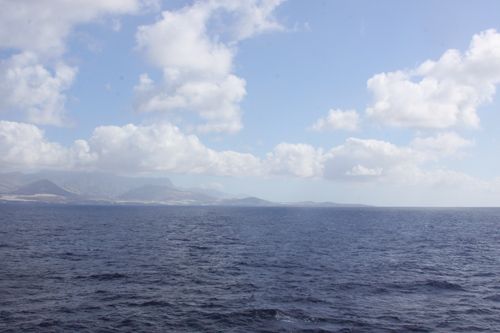 I was not only in new places in 2006 but also stayed with those organizers and friends whom I had regularly visited in the past years. One among them was my German friend, the doctor and psychotherapist in Luneburg. When I was with him, I noticed his charitable and generous nature once more and had to appreciate the way how he had integrated this attitude of helping others in his life.

He had a childhood friend, a woman who had grown up in his neighbourhood, with whom he had played as a young boy. While he went to college, studied and became doctor and later psychotherapist, she followed another way: she became artist. A painter, to be specific. Art is, as most people know very well, not as financially rewarding as medicine is and that is how this woman was struggling to make ends meet while my friend was settling in life and did not have to worry about his future.

You know how artists live. They have a passion and while they are happy with what they do, it is always difficult to earn their living with it. Like many others, this woman got some help from the state, monthly money that was however barely enough. She was not successful in selling her paintings – the only ones she ever sold were those two that my friend bought from her!

Whenever I was with him in his clinic for a week, I witnessed one day that she would come by and ask him for money. Yes, but she never begged. She actually always emphasized ‘You can lend me some money and I will give it back to you when I have sold some of my paintings!’

Of course, that day never came. The only reward he ever got were some flowers picked from a tree from the side of the road. Nevertheless my friend told me: ‘I have given her some money about every second week in the past 30 years. I have not counted how much I have given her in total but I have never expected getting even a cent back. I enjoy her laugh and her love.’ And he added that he gave her love in the form of money.

I loved seeing and hearing his attitude. He said he didn’t get poor from helping her but knew she really needed the money. So with getting help from here and there, she can survive while living her dream of painting. Why wouldn’t you help?

This is one of the reasons I always say my friend has a very generous heart. And an example for everyone to see that you can bring charity into your daily life!