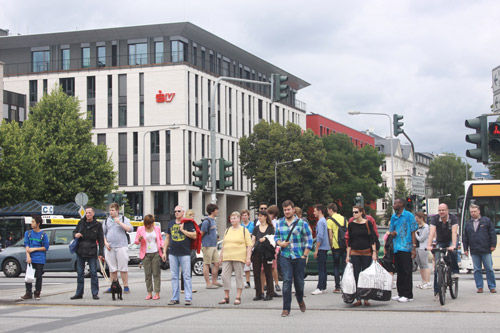 One week ago I told you about my experiences and impressions with musicians and Indians of different professions in the west. Many of them were amazed about the freedom of western culture in regards to sexuality and not few of them actually enjoyed this freedom and made their own experiences there – sometimes regardless of commitments or vows of faithfulness and loyalty to wife and children in India. While I only focused on the men of such affairs last week, I today want to cast a light on the women involved as well.

If I take the example of musicians in my program, I can very clearly see why women felt a certain attraction. Who comes to my program, is usually already at least slightly interested in India, Indian philosophies, Indian culture and Indian music. After a while of engaging yourself with a certain country and the people of that country and liking what is related to it, I believe it is just natural to see beauty in the people as well. Attraction to the exotic adds on top, fascination with the other culture, just as from the side of the man and then it is not a miracle anymore when a woman responds to or even initiates the steps towards intimacy.

I don’t think that there is anything wrong at all with it, either, and now I get back to generally speaking about everyone in such a situation. What I believe is wrong though is the cheating of a spouse, even or maybe especially if that person is thousands of kilometers away. It is a breach of trust from the married person – and there is another one contributing in it.

To be fair, I believe there are many women who did not know anything about the wife or children of the man with whom they have a sexual encounter. For many, it remains a one-night-stand, some of them have a longer relationship, not knowing anything about it for years, maybe even dreaming of a future together with this man. Then there are some who got to know and break up, not wanting to be the one with whom this man cheats. And then there are those who know very well but obviously don’t care.

That is the only reason that I can see why they go along with a man who already has a wife. They don’t care. They, just like the man, become blind to the pain they could be causing, maybe thinking this secret may never even reach the ears of that woman in India, maybe even thinking it is solely the man’s responsibility. Those men live a double life, a wife in India and a year-long relationship with one woman – or even several – in the west, being with whoever is closest at the moment.

It is a way of life that I cannot understand. I believe it is wrong and it causes pain.