On my journeys, I met many people who were a bit like my friend in Copenhagen, about whom I told you last week. A bit negative and even not happy when something happened that everybody else would have enjoyed. In 2006, I had a conversation with a friend and I got confirmed once more that he actually enjoyed being in a bad mood.

My friend was a very negative person and seemed nearly always to be in a bad mood – but I was never afraid that he would get dangerous for his own life because he truly enjoyed this state of sadness and depression!

When I arrived at his home, we hugged and asked each other how the other one was. I replied ‘fine’ or ‘wonderful’ but he always replied that he was not fully fine. He either said ‘I am not so lucky as you are!’ or put on a sad smile, saying ‘Ah, well, you know,…’ and the rest was left for my imagination.

My friend had a new girlfriend in 2006 and this was now something positive in his life. It was nice to see him smile and laugh more often and when he described his partner, he told how he thought she was the one!

He couldn’t help it though – when we were alone, he told me ‘I don’t know how long it will last… I don’t like a few of her habits and you never know but I hope it will be for longer this time!’

I had to laugh. He looked at me, surprised but not insulted, as he was used to similar reactions from my side. I told him that he had always focused so much on what he didn’t like that he should better try to see the good things in her! Do you think any woman would enjoy hearing ‘I don’t like this place’, ‘Doing this is not my thing’ and ‘I don’t know but I don’t like the way you do…’? No! But all you can think of at the beginning of your relationship is how long it will last!

My friend understood what I wanted to say. He got very serious at this point and was deep in thought still when I said good night and went to bed. He thought about it. He realized. And he changed his point of view.

This man, whom I had this conversation with in 2006 met me years later, he still had his girlfriend and he told me ‘I have changed my life with this realization!’

I had to smile and asked him ‘So now you don’t enjoy being sad anymore?’ We laughed together. Sometimes people don’t notice how negative they really are until you tell them! 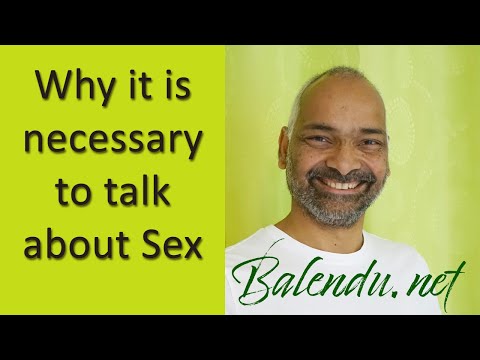 Why it is necessary to talk about Sex

Low Libido in a loving Relationship? Talk about it – and make a Change!