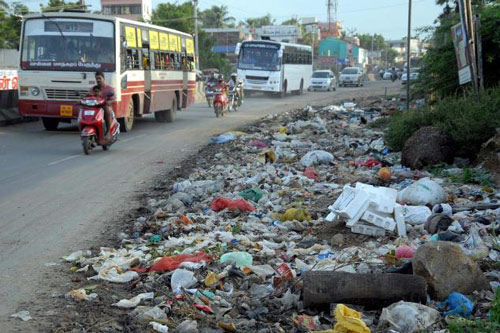 Stinky and polluted Delhi gives me a Headache – 31 Jan 16

Yesterday, Purnendu and I spent the day in Delhi. It was a trip that we knew would take us the whole day, as we had a lot of things to do. And having returned safely after a long and exhausting day, I definitely have to say: Delhi is too full, too loud, too stinky and too polluted for me!

Purnendu and I had started in the morning – but not very early, as shops in Delhi usually don’t open before 11 am. Already when entering Delhi, we saw something which is rather unusual: there was garbage lying around everywhere! Nowhere did we see any of the otherwise quite hard-working cleaners and sweepers in town! Instead, on every corner we saw huge piles of plastic, dirt, papers and indefinable dirty objects. That’s when we remembered news we had read in the newspaper the days before: Delhi’s cleaners were on strike!

I don’t actually know the outcome but I assume it is in the favour of the cleaners, judging from the amount of chaos their strike caused in town! It was dirty everywhere and of course smelling badly, too!

On top of that, there is the well-known problem of pollution in the city of Delhi. With 1400 cars daily added to Delhi’s roads, you can imagine where this is coming from! If you want to go from one side of Delhi to the other one, it can take you hours.

At the beginning of this year, the Delhi government put a rule into place called ‘odd / even’, with every other day only cars with odd or even numbers being allowed to drive in town. And you know what? When we were driving around in Delhi in that time, it was indeed better! Less traffic, less time to get from one place to another and I even imagined that the air was a bit better. That was a two-week experiment however and yesterday, it was all back to normal or, with the strike of the cleaners, actually worse!

When shopping for pots for our restaurant’s kitchen, lights and lamps and more, we obviously had to cross nearly the whole town – partly by car, partly by rickshaw and partly by foot. Walking by the garbage piles, sometimes covering our noses, taking good care where to put our feet – it was exhausting, to say the least! And you can imagine how difficult it is to find a half-decent place to pee when you have to!

In the end of the day, I had a headache, something which I have really very rarely. I was nevertheless satisfied: we had been able to run all our errands and get more of those things together which we need for opening our restaurant next month! 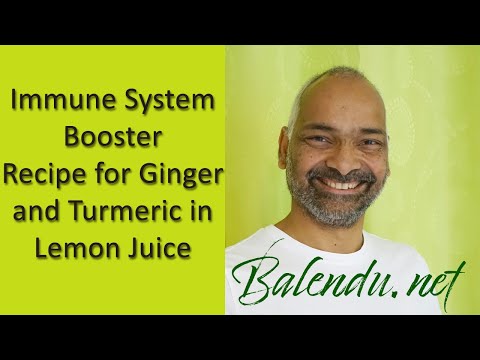 Immune-System-Booster: Recipe for Ginger and Turmeric in Lemon Juice

You have to make your Decisions yourself – 4 Jun 08