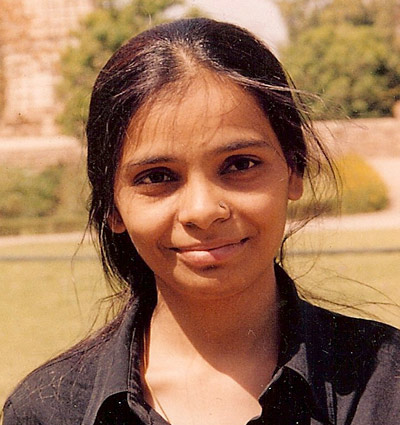 2005 was also the year when my late sister Para visited Germany. Just like my brothers, she had not travelled in Europe yet but had made a lot of friends among those who had come to visit us at the Ashram. So she was looking forward not only to travel to another country but also to meet friends.

One of our common friends was in Cologne and we both stayed with her in her small apartment. For German standards, her flat may have been considered too small for three adults but my sister and I just slept together on the big bed in her living room.

I went on travelling, as I had program booked already. Para had three or four weeks however and she filled them with experiences of joy and fun. Our common friend in Cologne had two more friends who had also been at the Ashram already and whom my sister knew. They lived in Hamburg and she thus travelled up to the North of Germany to spend a weekend there. From Hamburg it was not far to Luneburg where my first German friend, the doctor lived. She visited there, too, of course before returning back to Cologne.

I don’t know exactly anymore where I worked while she was in Europe but I remember that we met again in Zurich. She had been staying for a week with Indian friends, a family from Vrindavan who had moved to Switzerland some years before. I believe it was from there that we took a train together and went to Heidelberg, in central Germany. I won’t ever forget how we both marveled at the beautiful landscape which was full of snow in that time. It was the beginning of November, I believe, and everything was covered in a layer of white. There was lots of snow in that time and it was very beautiful!

Para had come for a holiday but spontaneously she had a workshop which should later become one of our most popular program points: she gave an Ayurvedic cooking workshop. Our friend in Cologne told her that she and several of her friends loved Indian food and would love to learn. She had been to the Ashram, so she knew that my sister could cook delicious meals. Of course she agreed and this is how my sister gave the very first cooking workshop in Germany.

While Para was in Germany, my best friend Govind surprised us with news: he was going to get married. The wedding would take place in a few weeks! It had been quite a quick decision to arrange the marriage and as my whole program was completely scheduled, I already knew I would not be able to come. On phone however I said ‘I will send Para for the wedding!’ Her ticket was by coincidence booked just right so that she would be back shortly before the wedding.

Needless to say that she had a wonderful time and I with her.