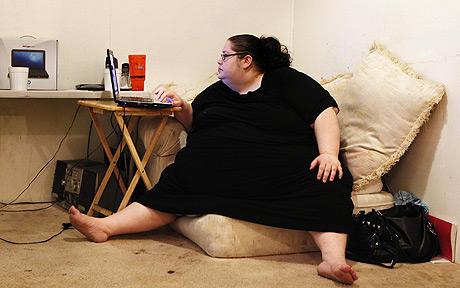 When I was in Australia in 2005, I had program at several different places and I really don’t remember anymore where exactly I was travelling. I may not remember the names of the places but I do remember the people, their homes and of course an impression of their lifestyle. There was one place where I saw a way of living which was new to me and which I can very surely call unhealthy.

I was with a woman who had invited me after seeing my website on the internet. She had arranged some lectures and meditations. I had obviously been in touch with her before about the program and I was wondering a little bit why she had not organized a yoga workshop which was something that was normally quite popular with people. It was just a thought though and I did not really mind – I was happy with giving lectures and meditations as well.

When I arrived at her home though, I did not wonder much anymore. She was a very obese woman and she had a wheelchair to drive around in simply because of her weight. She could walk as well but not very far and she obviously got tired and exhausted very soon when carrying so many kilos around. While she did not walk, she did drive a car.

She was living with her old mother and her boyfriend, a man whom she had got to know through the internet as well. In general, her whole life took place at the computer. I had never seen someone sitting at the computer for so long, doing literally everything online!

It was not the first time that I saw someone of that size and weight – we have a lot overweight people in India as well. No, but it was the lifestyle in front of the computer combined with seeing all the problems that she had with her weight which made me ask how you can let this happen to your body? You spend a lot of time in front of the computer, okay, but don’t you notice when you get bigger and bigger, so big that you have difficulty breathing when you just get up of the chair?

She was a very nice woman however and I had a nice time there. The program, which she had organized completely from in front of the computer, was very well visited and so I was quite busy as well.

When I asked the lady what we would do for dinner and offering that we could cook together, she took me to the kitchen, opened the freezer and showed me lots of different boxes, saying ‘I have bought this at our Indian restaurant – they made it fresh. So whenever you want something, just take it out, warm it up and eat it!’ I had to laugh about this concept but had no objection. This was how cooking and eating took place in her home.

A very different lifestyle. And yes, I would go this far and call it unhealthy. 🙂