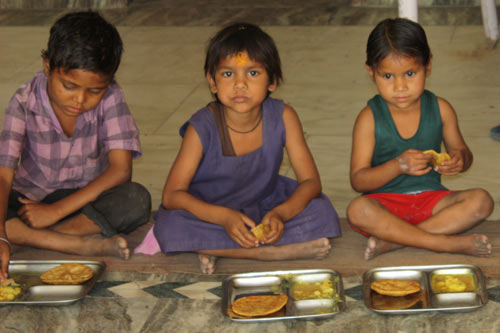 Last week I wrote much about arranged marriages in India. I explained about the dowry system and I also told you that the bride normally moves in with her fresh husband and his family. This and some more things, such as the heritage of the business which would stay in the family, are reasons for the wish of many families to have a son. This wish has had widespread consequences, all of them very ugly, sad and horrible.

One of those consequences was the big amount of abortions of female fetuses when ultrasound machines could detect the gender of the child. This was followed by a law that made exactly this gender detection illegal. I wrote in a blog post before that this law made dishonest doctors earn more money by illegally determining the sex of children and then aborting girls. These illegal abortions are often very risky, not performed in hygienic circumstances and many times only done to enrich the doctor – who would even lie about the gender in order to make an abortion and more money.

These are not the only tragedies caused by the crazy wish not to have a daughter. We hear of men who are so angry that they don’t get a son that they beat their pregnant wife. I read another, really horrible case in which recently a man beat his three-month-old daughter. She died. Just because he wanted to have a son.

All of this led to an imbalanced gender ratio – in many places there are much more boys than girls. This imbalance in its turn makes the search for a wife difficult for many young men. In addition they usually have the restriction of the caste – so of the few girls available, they would only marry the ones of their caste – and that means maybe there is no girl for them to marry!

What happens nowadays is that some families then leave the idea of arranging the marriage in the traditional or mainstream way because it seems impossible to them. Instead, they decide to buy a wife. Yes, to buy a woman. There are again and again articles in newspapers and online about such cases in which poor families in Bihar sell their daughters. Bihar is the poorest state of our country and they go to the poorest of poor people there with their offer. 30000 Rupees, not even 600 US-Dollar, can be enough to buy a wife.

It is funny that just while I was writing this diary, Purnendu received a phone call of a man who asked him whether Purnendu could find him a poor girl to marry. Obviously we don’t do this business and he put down the phone.

So you see, while the most men get their marriage arranged and get a dowry, there are men who pay for a wife because they otherwise would not get any. In that case, by the way, caste is not important to them anymore. The father who sold his daughter may think it was good – he got money to feed his family and his daughter the possibility for a better life. Maybe…

Do something different than mainstream Media – spread good News! – 8 Jan 15

An Example of an Inquiry that we denied – 5 Nov 15