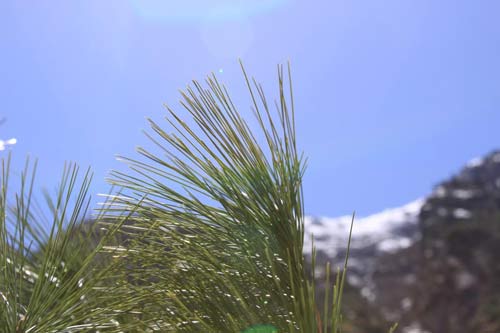 Stress, Pain and Rejection before an arranged Marriage – 25 Apr 12

Yesterday I wrote about the success of arranged marriages and mentioned that arranged marriages are a part of the culture and of Indian society. Some people say it is perfectly fine, others say it is a horrible concept. Whatever it is for the individual, I have experienced my whole life long how much stress, tension and pain this concept has caused the families and thought I explain you a bit more about it.

There are nowadays two popular ways of marriage. One is the love/arranged marriage which can happen in the following way: A boy likes or loves a girl and would like to marry her. If he knows that his parents are open and has the courage, he tells them about her. If his parents think in a modern way, they will contact the girl’s parents, tell them that their children are anyway already in love, so why should they not marry them. If they agree, they will ‘arrange’ the marriage and for the public it looks just as though it was properly arranged. I believe this is the way that includes the least of problems – unless the girl’s parents don’t agree.

The second method of marrying these days is an arranged/love marriage. In this situation, parents arrange the marriage and then let the boy and the girl meet. They begin talking to each other, dating sometimes, talking on phone and their love grows. This time can stretch up to years, for example because of one or the other studying before marriage. Both know whom they are going to marry, it is sure, so why not start loving each other?

This sounds great but it is actually the process of finding this partner with whom to arrange the marriage which causes problems. It is quite difficult, especially in a traditional family, to find a partner who is suitable. The boys and girls go to professional photo studios which advertise themselves as experts in pre-wedding pictures. There, in full make-up and in their best clothes, they have a photo session to find the perfect picture which the parents then send out to 10 or 20 other families. Then it is up to the picture to either convince or disappoint.

How much however can you get to know by a picture? They will reject boys and girls because of their colour, their features or their figure. You cannot see anything about their character in a picture! You may see outer beauty but not the beauty of the heart. Can you imagine how it hurts to have sent out twenty or thirty pictures and get no reply or maybe just one or two?

Those who like the picture get in touch and want to see ‘the subject’ live and in reality. They come to meet so that prospected parents-in-law can see the boy or girl. The girl will be made to get tea, so that they can see whether she walks nicely and is not limping or anything similar. A complete interview has to be passed in which the content of answers is just as important as speaking with a clear voice, not displaying any speech disorders or lisping. A popular reaction however is: ‘She/He looks different in the picture!’ They claim the girl – or boy – was fair and handsome in the picture but is not in reality. Another refusal, another insult, another injury. Girls suffer, boys suffer, parents suffer but they start the process again with the next family.

At this point, they saw the girl or boy in reality. They saw more than a picture but how much could they really get to know the boy or girl? In a meeting of twenty minutes? Acceptance and rejection usually depends on figure, colour and outer appearance. Or on money.

Sometimes the boy’s parents are fine with the girl, they like her and they would marry their son to her but then there is the issue of money: how much will she bring into the marriage? What? Only this small sum? – another refusal. Imagine the devastated situation of this family. Everything was good, they nearly saw their dreams fulfilled but then this! Rejected because they did not have enough money.

In older times, parents just fixed the marriage. Nowadays they think it is more modern to have a look to estimate whether it really fits. They cannot get to know the other one, they only judge. It is a big drama that causes pain to everyone involved. It is stress and a big burden on the parents. I have seen this process stretching over years because no partner could be found.

No, I believe arranged marriages cannot be right – they cause too much pain and sorrow!

4 Replies to “Stress, Pain and Rejection before an arranged Marriage – 25 Apr 12”

Why do we celebrate International Women’s Day? – 8 Mar 12