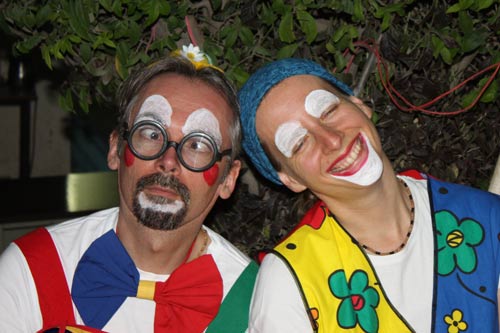 Is the Parameter of Success in Marriage no Divorce or a loving Relationship? – 30 Oct 12

One thing which is always interesting for people who come to India and want to get to know the culture is the concept of arranged marriages. When we had the participants of our Ayurveda Yoga Holiday here at the Ashram this time, there were also several conversations and discussions on this topic. People ask a lot, they just cannot imagine how it really happens in this modern time and we try to explain them how it works – and often also does not work.

I already said before that in the west the statistics of marriage show low success while in India they show high success. The question is however what the parameters of a successful marriage are. If it is only about not getting divorced, India may be more successful. I am not so sure however if the parameters were a loving relationship and an enjoyable time together. When a guest wonders how so many people stay together with their partners even though they are not happy with each other, I give them the example of some old people in Germany. I have heard of married couples, both persons about 80 years old, who have been fighting for the past 50 years but have not got separated or divorced. It is thus understandable if similar things happen in India, isn’t it?

We can see it all the time in our surroundings. An arranged marriage starts with joy and happiness. It is the biggest day in the life of a man or a woman. They meet each other, not knowing who the other one is but excited about going to spend life together with this person. They have their first time with each other – maybe the first time at all for one or both of them. They go on a honeymoon and their physical relation is quite intense. It is a dreamtime and they love it.

Slowly however they get back to reality. The wife gets used to living in her in-laws’ home. Husband and wife notice differences in their choices, in their priorities, in their nature, in their thinking process – and if there are bigger differences, it gets difficult to cope. For those who are lucky, there are not as many differences. Those who are unlucky get problems. It is just like a lottery – you are lucky or you are unlucky, chances are fifty-fifty. As I said, by marriage you get a place in the other person’s life but the question remains if you get a place in his or her heart. That cannot be arranged!

I agree, there are marriages that don’t work out in every country and culture. Arranged marriage however is, in my eyes, creating unhappiness for those two individuals. So how come the numbers show so many more successful marriages here, where they are arranged? The fact that actually changes the figures is that divorce is simply not an acceptable concept in our culture and country. People just don’t do it.

They are unhappy, they don’t agree with each other, they fight every day, they run away from each other to other family members but in the end they get back together, live together in one house and even make the effort to cover it all up in front of others. They won’t get divorced though. Only very rarely couples do. The rest stays where they are and puts up with daily problems. They just do – and increase one more in the number of ‘successful marriages’.

Ambitions in Life – Your Needs and Your Happiness – 2 Apr 10