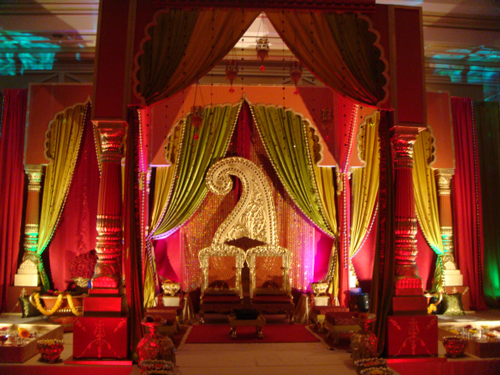 I yesterday told you about the advantages of being in a relationship with someone who has a completely different background, who comes from a different culture and who even speaks a different language. All our arguments indicated that such differences could make a relationship longer-lasting. Funnily enough, when arranging marriages, people here in India obviously think the opposite: they arrange a marriage of two young people not only from the same caste but even the same subcaste. Of course, they assume that their child’s future spouse would thus have enjoyed a similar upbringing and that this would be the base for the success of their marriage.

The basic thought or wish may be understandable. When you marry your daughter off to a complete stranger, you want to ensure that she comes into a home which is similar to yours, where the family thinks in the same ways, where they have the same customs and the same culture. In turn, when a new woman marries into your family and comes to live with you, you would want her to be as much used to the rituals of your home as possible. So if you are anyway going for an arranged marriage for your child, this is probably a reasonable thought.

The problem is that this idea is based on a sick system that divides people into higher and lower classes, the caste system. People don’t only believe that others of the same caste have the same kind of culture in their home – they believe that people of lower castes are dirty, that they are not worth as much as they are and that their son or daughter could never be happy with someone from that caste. So it is not actually only the honourable wish for your child to have a good life with an understanding partner, it is a proof of your contempt towards other human beings.

Additionally it is not even true that people of the same subcaste all get along well with each other, have the same culture in their homes and just match perfectly with each other! On the contrary, every single person is an individual and in every family, different attitudes can develop with individual experiences which influence the atmosphere in the home, which change the character of children while they grow up and which again makes individuals out of these children.

When you expect a person to be the same like you, you don’t even give the possibility and freedom to this fresh couple to develop that healthy relationship coming out of two different cultures. You are not open for change, not tolerant for something different, even if that could mean a happier and longer lasting relationship for your son or daughter!

So dear fellow Indians, even if you don’t accept the argument that the caste-system is inhuman and should be abolished, please at least listen to the fact that the same caste is no guarantee that your daughter or son will have a happy and lasting relationship. Think twice before you stop them from marrying the one they love because he or she is from another caste. They might have found someone closer to your heart than you know at first glance! Be open to the new and I am sure you will find beautiful new aspects in a completely different person!