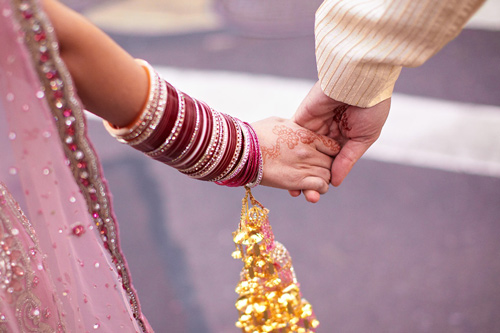 The whole last week long I wrote about Indian weddings, the questions that westerners ask when they are invited to one and the role of the bride and the groom in their fairytale wedding. There is however still one question left that many westerners ask after getting to know that the marriage was arranged:

9. What does the couple feel about it? Are they happy? Are they unhappy?

Of course, the question is justified especially when you cannot really tell from their faces, knowing that they, too, are mostly just playing a role on this evening. They are supposed to look like the prince and the princess. The groom serious and proud, the bride shy and of course sad to leave her home. What however are their real feelings?

It is obviously very difficult to generalize when it is about someone’s feelings, as there can be millions of different stories behind them. There is a tendency of people unaccustomed to the concept of arranged marriages to think that the couple would be unhappy about the arrangement. This is not necessarily and I dare say most often not the case.

In a traditional family, a young person knows that he or she will have an arranged marriage. This is not only what they accept as their fate, this is also what most of them are looking forward to throughout their adolescence! They may watch movies in which the heroes and heroines go on dates or marry the person they love but their own life often looks very different: parents keep their daughters away from boys of their age, dates are not socially accepted, it is shameful for parents if their daughter is seen with a boy and it looks as though they enjoy each other’s company.

Relationships are not normal in this society yet, at least not for the big majority of Indians. That’s how love marriages are still rare and even though the number of ‘love cum arranged’ marriages is increasing, there are plenty of young men and women who don’t have any courage or maybe also interest to cross the lines of what is socially acceptable. They don’t want to anger their parents or risk problems with their family by showing interest in the other gender. Maybe they are not in a surrounding that would allow this. Maybe they are just not the outgoing type and it would be hard for them to find someone.

In short, while there may be some who are unhappy about their parents’ choice, some who are not fully sure whether this wedding is really good for them and some who would have actually liked to marry someone else, there are a whole lot of young people who are just happy on this day!

Excitement, anticipation, happiness, pride and of course some nervousness about what is about to come – these are, I believe, the most common feelings and emotions of the bridal couple on such a day!