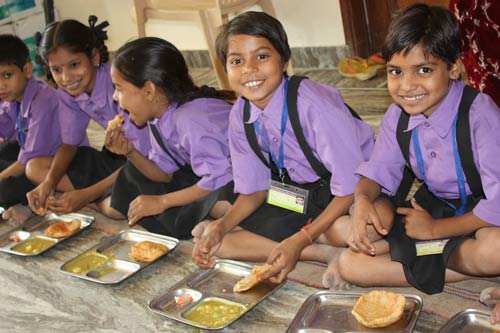 Yesterday I said that I didn’t believe your visualizations could make your cancer shrink or a positive attitude could prevent a car accident. I have received some feedback of people who seemed to think I discourage them from making others hope and asking whether I only believed in what scientists and doctors say. Would that mean there are no miracles at all? I thought that such comments and questions were well worth another diary entry.

I first of all want to address the question whether I only believe in the opinions of scientists and doctors. In general, I really do believe in science and medicine. Where would we be without them? Millions of lives have been saved because of medical progress. Scientific research has found explanations for all sorts of phenomena and with those explanations we were then able to build machines, create and store energy, use electricity, fertilize gardens, build railways and fly around the earth.

So I do believe in science and when someone describes a ‘miracle’, I usually believe that there is a scientific explanation for it. Here in India you can go in any village and you will find people who tell you of miracles for which you have an easy explanation. They are illiterate and just don’t know! They might say that someone’s recovery is a miracle although a doctor could explain the reasons. So when someone sees ‘a miracle’ and describes it, I really normally assume that he or we may not know the scientific reason for what has happened.

By the way I find it worth mentioning that anybody who has this kind of attitude will not fall prey to fake gurus who perform their own miracles by doing magic tricks! They want you to believe in them but if you want to find out the way this miracle works, you will find they have been cheating – and you won’t believe them anymore. In the history of religion, priests and religious people have opposed science for the same reason – they wanted people to believe in miracles so that they remain in power!

If you ask me about hope however, I believe you have to always have hope! I believe in medicine but I know that doctors are only humans, too. They also do mistakes and cannot know everything. Again and again there are stories about patients who were told that they would only have two months to live and then they live another ten years! The prognosis of a doctor is an educated guess, sometimes more sure, sometimes less, depending on many circumstances. Call it a miracle or believe that something happened that the doctor had not been able to diagnose – it is a reason to hope.

I believe we need hope to go on living in bad situations and there is always reason to hope. But I don’t believe in creating illusions. I don’t want to give anybody false hope and then let him fall into disappointment which will be even worse! Giving someone hope by using an illusion can shatter their dreams very suddenly. In such a situation I prefer being realistic. Hope is always good and it is part of having a positive attitude. Believing that the impossible will happen is either closing the eyes in front of reality or just stupid.

Give hope to others, help them, make them feel good but don’t create illusions. Be realistic but positive.

Ashram Life at the Start of a Season – Friends coming and going! – 6 Sep 15