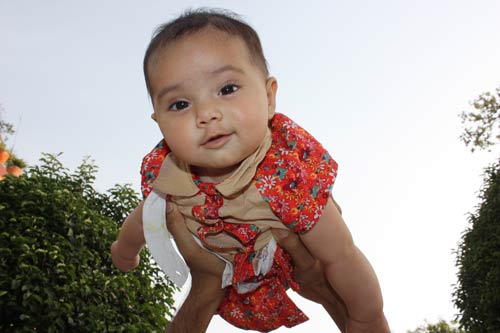 I yesterday wrote more in detail about brothers and family members who fight with each other which in the consequence leads to a separation of families. They fight, get separate and sometimes don’t ever talk to each other again. As I already said, the main reasons for such fights are money and ego. And I believe that had these people really loved each other, it would not have happened. They would not have moved apart.

In my opinion, this kind of situation does not happen if there is real love in between people. This does not only apply to family members but also to friends. I am bold to say my opinion and I know that many people don’t want to admit that there is truth in it. I believe that among those who fight like this and who get separate for such reasons, there was not enough love.

If there is love, you don’t count each other’s mistakes. We cannot all be the same and we cannot all be great in every subject, every topic and every matter. In my eyes it is wonderful that we all are different because, as I wrote once in my diary, we cannot all be doctors! We need doctors, yes, but we also need cooks, tailors, engineers, scientists, cleaners, teachers, secretaries and so much more. The variety of people on this earth is great. Some of us have fun in one thing while others enjoy something else.

It is not only our profession that is different from each other, it is our thinking, our taste, what we like and what we don’t, how we react and what we speak. If someone whom you love does more mistakes than you, is lazier, greedier, more negative or more envious than you, you will not reproach him. If you love someone, you don’t put any emphasis on his faults, whatever it is. You just don’t.

That does not mean that you don’t see his faults. That would be not right and I am surely not telling you to hide from reality. No, you see them exactly but at the same time you see the virtues, too. You don’t just see a fault and run away, get separate and cut that person out of your life. When you have a wound at your hand, you don’t just cut the whole arm off. You diagnose what is wrong, you treat the wound, put an ointment and a bandage and hope that the wound heals. So don’t just break off your connection to a person because of his fault. If you keep on giving love, it might be corrected or you learn to accept him as he is.

When there is love, you put a mental emphasis on a person’s virtues, not on his faults. You see what is good in him and you balance what is not as good. After all, everybody, no matter how many faults he has, also has some virtues. And everyone, no matter how good he is, also has some faults. Nobody is perfect. But in the eyes of someone who loves you, you are. You don’t stop loving someone because of his faults.

Imagine your parents doing something that you don’t like, your brother has a habit that you don’t like or your friend does the same mistake again and again. You don’t appreciate this but there is not only one way to treat a problem. Separation is the last option. You may be able to separate from one friend who has many faults but will you do that with all of them? And what about your own children – if they have the same fault, will you do the same? When love is there, you can accept those faults. And then there is this person whom you love, even though you see all his faults and you embrace him as who he is, complete and just with love.

Can you share the biggest Love and Intimacy with several Partners? – 29 Oct 14

The great Nonsense of Buddhist Religion: Choosing the Rebirth of a Lama – 30 Jul 12

A Substitute for Joint Families, an Alternative to Homes for the Elderly – 23 Sep 13

Birthday Celebration of Yashendu at the Ashram – 8 Aug 10