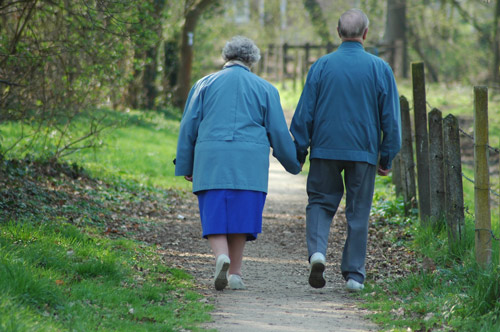 Freshly back in India, I am of course once more sensitive to all the cultural differences that exist between life in Germany and life here. At the same time however, there are so many similarities, even if they are not always very obvious. It makes sense however: we are all human and our feelings are not that much different from each other. Today, it is love once more that I would like to talk about.

As you probably know, a lot of marriages in India, a majority of them actually, have been arranged. Normally by their parents. Often, the bride and the groom even see each other for the first time on their wedding day, although it is getting more and more modern for them to meet at least once before.

The idea behind this concept is that love would develop with time, if you just spend this time together.

But is that really true? Will that happen in between just anybody? I don’t think so.

Everyone starts a marriage and wants to experience love. Wants to give and get love. But love is unfortunately not a part of every marriage, even after a long time. I have seen love come with time and I have seen great love in arranged marriages. My parents have always been and will always be the biggest example of love for me, as they were deeply in love with each other even after 50 years of marriage. I have however seen many examples of marriages where it didn’t work. Where love never appeared, no matter how many people told them it would come with time.

To show you the similarity, I actually have seen this happen in the west as well, even if I may not have seen it quite as often. Let’s take an example: two people had sex with each other. It was a one-night-stand or maybe friends had had too much to drink one night and it just happened. The result was a pregnancy. They decided to stay together and have the child. For the child’s sake, for moral reasons, out of insecurity whether they would ever find someone better than that. Whatever the reason was, it was not love because they actually didn’t plan on ever repeating the intimacy of that night!

They hoped that love would grow with time. It would happen, they would just have to spend time together. Thirty years pass and even more – but they have the feeling that they have never really experienced love. Sad to hear such stories but they are true. The same happens in India: their marriage was arranged, they thought their spouse would be the love of their life but even after twenty years, there is no love in between them. They fight, they are upset with each other and there is not even harmony in between them, not to mention love.

Love does not necessarily grow with time.

Attachment, yes. You get used to each other, you get along well, you think it would be uncomfortable to live with the other one. But it would not break your heart. Maybe love never comes, not even in the course of thirty long years.

Or love happens in just 30 seconds.

Love is a very mysterious matter – and you cannot predict it!

Is religious preaching a performing Art or a divine Act? – 25 Sep 11