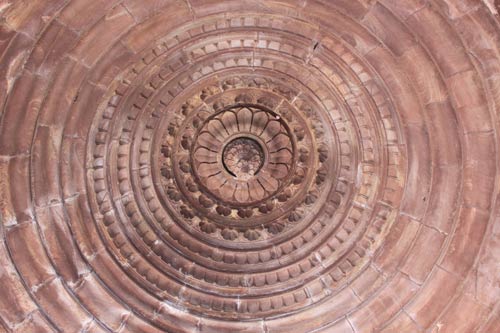 I already explained why the Karma theory of Hinduism can be controversial, especially when people cannot decide whether Karma is being carried on into the next life or not. There is another aspect that makes this philosophy rather problematic: when something bad happens to you, people could generally say it was your bad Karma. You may accept it if it is something relatively unimportant like losing your mobile or having some money stolen out of your purse. What about more serious cases though? What if someone gets raped? Can you just say ‘It was her Karma’?

This question obviously came up after the tragic case of gang-rape in Delhi in December. There was a big discussion on the reasons why such things happen in India’s society. Of course, the religious attempts of explaining what happened were taken into consideration, too – and I have to say, some of them were appalling while others were clearly just an attempt of religion to twist its own words and make it all fit into a theory that does not further insult an already affected rape victim.

I believe I don’t need to say much about people who said it was the victim’s fault. I have written enough about that already for you to know my views. These people may not have said it clearly in these words but talking about someone’s Karma in such a situation means blaming the victim and that is absurd and disrespectful.

There were however people who tried explaining the incident with Karma without blaming the girl. One of these attempts was to say it was the ‘collective Karma of the society or country’. Some people tried to convince themselves and others that it was the Karma of India and the Indian population due to which this young woman was gang-raped and finally murdered. The Karma of the individual, which may have been quite okay, was thus not as strong as the Karma of the country.

In my eyes this is a feeble attempt in justifying one’s religious beliefs. Your religion, Hinduism, is clearly saying that everything that happens to you has its cause in your Karma. You however see yourself how cruel and stupid, not to say idiotic, it would be to blame a rape on the rape victim’s Karma and this is why you desperately try to find an explanation for such terrible crimes which is in some way related to Karma.

If people accept this explication, it means that they don’t even try to search for further reasons behind such crimes. Consequently, the problem won’t get looked at and there will not be enough initiative for an attempt to work on the roots of it.

Karma is in many ways just a very easy way for irresponsible people to accept bad events and not try to change anything in their behavior or their thinking.

If you want to make a change, you cannot blame Karma. Go to the real root of a problem and solve it from there.

Sometimes the Father is a Cook, sometimes a Labourer – 16 Jan 15