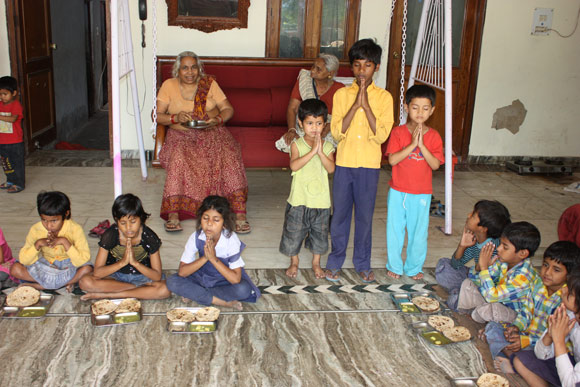 I have been writing a lot about dowry in the last days. Lately someone sent us an email and asked the following question: ‘I have read much about different great projects which all support girls in India. Why don’t you do more for girls? There are many charities that help poor families collect the dowry for their girls. And if you did more advertising, saying ‘Save the Girl-Child’, I am sure many more people would help!’

While I am sure that the person who wrote this email meant well for girls in India, I would never follow this suggestion. I know that there are many charity organizations that collect for girls so that they will be able to have a dowry. Every of those donors who contribute surely wants to help but I think they are not aware of the consequences of what they are supporting! I don’t approve of such projects simply because they indirectly encourage a system which is fully wrong!

I know that there are organizations, some of which even support education, too, which each year save money for their female students for their dowry, so that each of the girls will have a good sum for her dowry when she is adult and ready to marry. Their argument is that there are families who cannot afford to pay their daughter a dowry and thus have difficulties marrying them to successful boys. They say these girls don’t get respect in their future family or even any husband at all. But don’t you support this tradition? It is wrong that these girls ‘have to have’ a dowry. By giving them one, you make the rest of the society feel that this is how it should be and the next generation will ask you to help them with the dowry, too.

Instead you should support those girls to get a good school education so that they can earn money themselves, be independent and marry whenever they want, not when their parents want them to be cared for by a husband. With a good education, a girl has far better chances of a good future than with a good dowry. And nobody can take her education away from her. Of course it will take a complete change of mind in the society but education is the first step. So please support projects and organizations that help girls to stand on their own two feet instead of organizations that collect for their dowry which would keep that tradition alive for many more years.