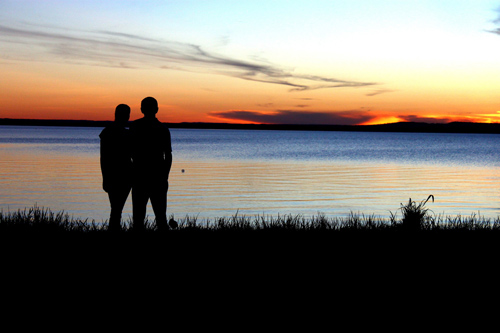 Are you ready to accept the Death of your Children to save your Traditions? – 15 May 13

Today I am planning to write my very last post about arranged marriages, at least for quite a while. I have, in many diary entries about arranged marriages, reasonably and quite calmly explained you why I think it is not a right concept. I have elaborated on my arguments, countered arguments of opposers of love marriage and tried to address every of the factors I could imagine that play any role. There is however one point that I cannot, just am not able to address in a calm way: the many, many deaths that those people are responsible for who are so fanatic about their ‘ great culture’ that they would not accept if one of their family members married someone whom they did not arrange and whom they don’t approve of.

There is hardly a day when I don’t read of such a case in the newspaper. I am not only talking about honour killings, which are horrible enough crimes, but I am talking about young couples who take their own lives, who commit suicide, because they know their family would never accept the one they love. They prefer dying to making their family upset. They love their parents, they love their families but they also have found the love of their lives and cannot imagine living without this one anymore but also not without their families.

So they jump in front of a train, hand in hand. They hang themselves in their rooms, leaving a sad note for everyone to read. They shoot themselves or they take poison. Two young lives, extinguished by a stupid idea, a stubborn mentality and a hateful basic attitude.

I was asked, after one of these days’ diary entries: ‘What problem do you actually see with arranged marriages? Millions of people do it in this country!’ Here is the problem that I see with it: this system kills these young people! It does not only murder their dreams, it brings them to a point of desperation where the only solution they can see is to set an end to their lives from their own hand!

Millions of people live in arranged marriages, yes, I know, but they don’t have any other option, don’t you see that? Your great culture, which you are trying so hard to preserve in its ‘original state’ doesn’t even let them marry out of their caste!

When you talk about the ‘original state’ of your culture, what do you actually mean with that? How were your grandparents arranged and why don’t you do it like their parents did? Marry your children off at the age of ten, why don’t you? Because culture has changed, times have changed and it doesn’t fit anymore! So realize that you cannot threaten your child into marrying the one you choose if your child doesn’t want to! Otherwise the result may well be a death that will be a burden on your conscience for your entire life!

You love your children, don’t you? They love you, too, but you think they don’t if they don’t agree on marrying the one you want. They don’t want to go with the judgment that you make of a potential future spouse’s body – because that is all you can see within the half an hour you met that man or woman! They want to judge themselves, by the experiences they had with a person, by the feelings they have for this person, by the love that they feel and which is returned!

Does your daughter really need to jump in front of a train for you to realize her love for this boy? Does your son really have to lie on a burning cremation fire for you to realize that he loved her just as he loved you? That your children did not want to hurt you by disobeying your words? But that love is stronger?

Don’t be stupid, save lives, save tears and let your children follow their hearts!

One Reply to “Are you ready to accept the Death of your Children to save your Traditions? – 15 May 13”