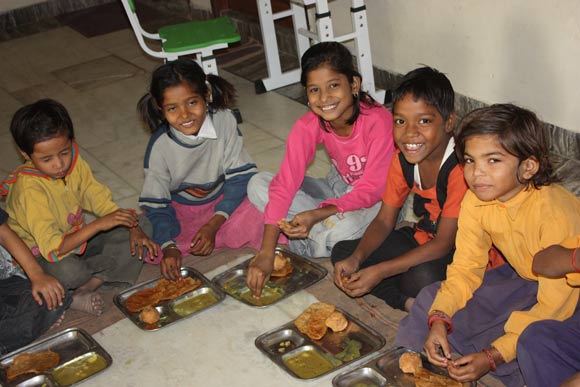 Loving India, the Country, its Culture, its People and its Lessons for a happy Life – 4 Nov 11

In the last days I have written about the impressions that travellers get from India, about the problems that they have with the Indian attitude and behavior and the attitude that they need to enjoy travelling in this beautiful country.

The problem that people are not reliable is also not merely an Indian problem. I wrote that people are not on time and not serious about keeping their words. It has even become a joke, if someone comes late, it is ‘IST’, Indian Standard Time! We have however experienced the same problem with people from America, Europe and Australia, too! People promise they would come but they don’t appear and don’t even bother to tell us that they won’t come. This has not only caused us to waste our time by preparing for them but also caused financial loss because we sent a car or taxi and they just did not come. When approached, they did not even regret not having told us they would not come. The conclusion is that this is a question of the individual’s attitude and his respect for time and his own words. It is impossible to label this behavior as something that is only Indian. So you don’t really have to mind it very much if it happens to you in India – it might happen in other countries, too!

I have said some time that you either hate India or love India. This is my experience here after having so many guests, after talking to so many people and getting to know their feelings about their stay and their journey in this country.

There have been a few – less in comparison but yes, a few – people who have not enjoyed their stay at all. I even know a few cases in which people arrived at the airport, had a few steps out of the building, maybe went until their hotel and then decided to take the next flight back home. They did not like the weather, the dust, the dirt, the whole surrounding. Others were disappointed from high expectations or got cheated.

There are however many more who simply love this country. They come here and say that they wish they could stay forever and never leave again. They have commitments at home, a family, a job and more but they come back again and again simply because they love the country, its culture and its people. They love the atmosphere, the lifestyle and even all those things that others hate. I have met hardly anyone who had an opinion in between love or hate for this country.

Obviously, I belong to the India-lovers. Even though, as everywhere, there are many things that are not right in this country and maybe not pleasant, there are many things to love. In response to one of my previous diary entries, a friend wrote she had made the experience that Indians know how to live life, even if they live in poverty. She said she did not feel the need to help all the time, mostly because of that shine and the pride in people’s eyes. And it is true, people are happy and they are proud, even with as little as they have. In the west I often see that people have abundance of nearly everything but they are still unhappy and not satisfied. They have a lot but they don’t enjoy. In India many people don’t have much, but they are happy with and proud of what they have. You can enjoy life with them because they know how to enjoy life. This can be a great experience and you can learn how to reduce your needs and how to be happy with less, too.

If you have been to India, tell others of this shine in people’s eyes. Don’t make others afraid and spread fear about what could happen or what could go wrong. Don’t spread stories about dangers that you may have felt. They are often not even real dangers but illusions of your own perception. Don’t present only all the negative aspects that you may have seen in India but tell people about those things that made you happy and feel good.

For many people India has been a life-changing experience. People who love India tell that they got help in situations when they did not expect any and they were welcome with so much hospitality as they could never have imagined in their home country. People shared even if they had less, they were interested and not indifferent to what would happen to you. Travellers saw and experienced love, friendship and living spirituality. They learned to be spontaneous, patient, not to take themselves too serious and sometimes also to be more confident about themselves and what they do or say. Their attitude towards life has become more positive, they know that life is there to enjoy, to live and to love. India teaches you to take it easy. India can bring you so much, come here and experience it. I am sure you will be one of those who love India!

6 Replies to “Loving India, the Country, its Culture, its People and its Lessons for a happy Life – 4 Nov 11”

Children Drinking and Smoking – What Parents can Do – 11 Dec 08