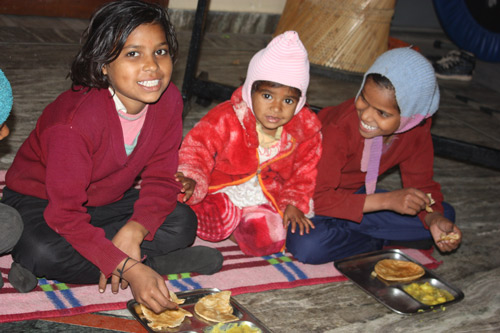 When writing about Monika yesterday, I again had to think of her whole family situation and the history of her mother, whose two daughters were given for adoption. Because they were girls, not boys. Ramona had a talk with her gynecologist some time ago – and what she told confirmed once more that this is still the horrible truth also in higher circles of society!

The hospital that Ramona’s gynecologist works in, where Apra was born and where Monika gets treated is, as I already told you, a good one. This means that the doctors know what they are doing, the staff is very friendly and competent and you obviously also pay for it. When the doctor tells of the women who gave birth there, it means they are upper middle class or upper class. They are educated, they often had or have jobs and they are exposed to international media, modern ways of living and the truth about outdated values.

Unfortunately however the doctor told that she constantly hears of superstitions and terrible values and attitudes. She does not only regularly get requests to get a C-section done on the correct date and time – the ‘Muhurt’, which is calculated according to the situation of planets and stars, providing the best birth horoscope possible.

No, another aspect to her work is to console the women who just gave birth to a girl. There are women with high university degrees who go through hours of labour and then break down in tears when the baby is finally born. Not of relief or exhaustion but of disappointment. The words ‘It is a girl!’ don’t bring excitement or joy!

So you see, it doesn’t matter whether the woman is educated or not, whether she already has a boy or not, she can have the idea that a boy is more valuable than a girl. It is the way that she grew up, the things that she hears her family say and the expectations that her family has on her giving birth to a boy.

When we ask children about their family, for example whether their uncle and aunt also have children, we hear them say things like ‘They only have three girls, no boy.’ When girls talk, they sometimes talk about their family’s bad situation because ‘we are so many sisters’. When Ramona was pregnant, at least ten people wished her ‘May it be a boy!’

India is growing and developing – but there is still a lot of progress to be made in order to get rid of such horrible ideas, attitudes and values!