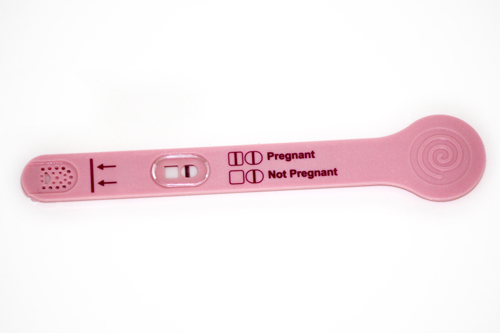 I yesterday told you about the expectations that Indian parents, in-laws and society members have on newlywed couples: they should get babies as soon as possible, otherwise something is wrong with them! That is a whole lot of pressure especially on the woman who is the one that is repeatedly asked and expected to report. A lot of women actually believe that this is what is supposed to happen after marriage anyway and they, too, want it to happen. They want to conceive – but that is not always up to human to decide! Sometimes, it just doesn't happen. And that is when the pressure of society can become too much for them to handle!

I have met a lot of women in the situation that they could not conceive or that the fetus in their body never grew. I talked to women all over the world about their mental, emotional and physical problems. The stress is big on all of them – but in India the pressure from the outside is by far the worst!

Obviously, if you have tried for a long time and have had several miscarriages or simply never conceived, it is emotionally draining. It is physically challenging as well. It is a mental burden. But in the west, it is usually a burden that comes from the inside of the woman herself. It is born in her own wish to have a baby and the fact that this wish has not fulfilled as well as the fear that it may never be reality.

In India, the burden mostly originates from fear of disappointing others, from the wish of others to have a grandchild, from the expectation and pressure – because that is what it is – to bear children. The fear of being seen as inadequate, unable to perform the most basic of your duties as a woman and the emotional pain it gives you to not be able to fulfill the wishes of others. Along with the regret that your own feelings don't seem to count at all. Own disappointment may play a minor role, too, but it is overshadowed greatly by influences from the outside!

Of course in India, too, there are procedures to be done if you cannot seem to conceive a child. Fertility tests for both partners, devices to measure the time of ovulation, several methods to help conceiving naturally and of course IVF, in vitro fertilization. Apart from the fact that some of these treatments require young couples to take loans to be able to pay for them, are also as painful emotionally as they are physically! Upon failure – and the chances of success are often dishearteningly low – women are shattered! All their hopes for happiness, love and respect from the outside are gone with the eggs or embryos that left her body back to its non-pregnant state!

Women fall in depression. They lose the charm for living. There have even been suicides out of this very reason! Especially due to arranged marriages where it is a bargain you make for marrying and where love is not a factor in the equation. It is as though the groom got damaged good that did not function well and could not bear the produce it should!

Can you believe we lose lives due to this stupid expectation? Of course parents have a right to have hopes and dreams for grandchildren. They have no right to create pressure though and the whole society should know: by valuing the phantom of a future child more than the woman’s feelings, you make her sick. You kill her a little inside with every month’s menstruation! Is this what you want? I don't think so!

So please let couples fall in love and marry out of love. Let them decide when it is the right time for a child. Let them live their own life. Be there for them when you are needed for support – be that a helping hand in changing diapers or a shoulder to cry on when the wish for a baby remained unfulfilled!

Do superstitious People really believe the Nonsense they are talking about? – 8 Mar 13