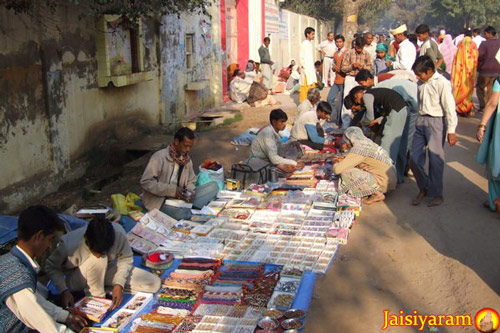 Last week I wrote about some typical characteristics of Germans and Americans. Of course we are talking about stereotypes here but these exist due to a certain general culture and that you can find when you live or travel in those countries. In India, too, people who are not from here, can find some habits and attitudes confusing, strange or funny. As my wife is German but living here, there are a few such things that she can tell about.

One of them is that Indians often want to be polite but don’t mean what they say and it can get really difficult to find out whether they actually want to do the opposite of what they are saying. They will do that – if you just insist hard enough. Let me give you an example:

My wife had agreed to accompany a friend to a doctor’s appointment. It was monsoon time and on that day the rain hardly stopped. Shortly before their appointment, her friend called Ramona and asked ‘It is raining. Shall we go anyway?’ Ramona answered ‘Sure, we go! Shall we send you our car to pick you up?’ Her friend replied ‘Oh, no, I can go by rickshaw!’ – ‘Are you sure?’ – ‘Yes!’ My wife put down the phone.

Both Yashendu and I were sitting next to her and Yashendu opened the curtain and pointed outside where it was raining cats and dogs. Ramona understood that he implied she should have sent the car and protested ‘I asked her twice and she repeated that she wanted to go by rickshaw! I also don’t know why she wants to arrive at the doctor’s soaking wet!’

With a laugh I explained her that her friend had no intention to go out in the rain – which was why she asked in the first place whether they should go at all! She wanted to be picked up – the right answer would have been: ‘Just stay where you are, we are coming to pick you up!’ Don’t ask, don’t give her the chance to lose herself in unnecessary politeness!

So Ramona called and told her just that – which made her friend happy. On the way back though, the same thing happened again and Ramona told her with a smile ‘You know what, I don’t know how to do this, how often I have to ask and how strongly! The car is here, Pankaj, our driver, will be happy to take you back home but if you want to, you can take a rickshaw and get a shower – your choice!’ Her friend had to laugh and said ‘You know what, I will go by car!’

There are so many such cases of false modesty or pretended refusal that you can get quite confused. It happens with food when the eating person refuses to take more although he would still love to eat something and the distributing person thus insists again and again on filling the plate. There is hardly a chance to avoid overeating due to this system! And if you don’t insist that they should take more, you will keep a guest hungry who actually wanted to eat some more but refused in order to stay polite!

With time and maybe with years of experience in other cultures, I have really got rid of a lot of Indian habits and first of all of this kind of formality. But that is another story which I will write about in the next days.