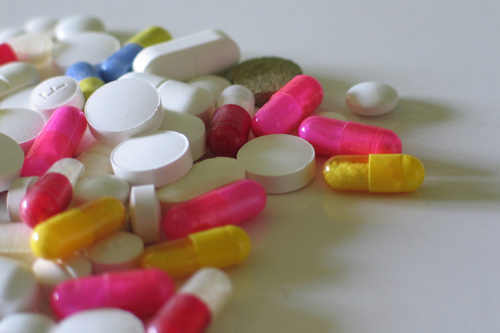 The other day Ramona asked me to have a look at her back where something was itching her. I had a look and it was a circular area where there were rashes and it was red. The story that followed with its cultural aspects is what I would like to write about today.

Obviously, we don’t go to a doctor right away for some rashes. We know that the body reacts in this way onto something – an influence from outside or inside. So we applied some Ayurvedic ointment and Ramona tried not to scratch the area when it itched.

When it was not better after three days however, she decided to see a dermatologist for it. In India, the nice thing in comparison to doctors I have seen in Europe is that you can easily get an appointment on the same day. In fact, you don’t need an appointment – you can just go there and see the doctor! That’s what Ramona did.

It was a very quick visit: he took a look at the spot on her back, asked her a few questions and then started writing down the medicine she should take, explaining simultaneously “This tablet for seven days, after breakfast, this one for five days in morning and evening and this tube to be applied twice a day.” Ramona asked what exactly he thought it was and he replied “It is an allergic reaction”. Okay, Ramona answered – but to what that would be? The doctor’s answer was that it could be a lot of things – and especially in this humid weather, it could happen easily.

So this is the point where we once more see so clearly the difference in between India and the west: in Germany, Ramona told, the next step would most probably have been an allergy test, checking as to what it has been that she reacted. This would go to the laboratory or take a bigger amount of time. You would wait, maybe take medication in the meantime and finally you would find out: I am allergic to this material, food or ingredient.

In the end, the whole matter would have been so big, you would never again touch that material or ingredient because it is a big thing – you are allergic to it!

As it is now, Ramona is still allergic to something. However, it is not such a big matter in her mind. It will take two or three days and it will stop itching and then be over. I know and agree that allopathic medicine is generally not gentle to the body and causes harm inside. We are definitely not ones to easily pop pills and use them to make everything fine when the body needs rest of attention. However in this regard, I also feel it is unnecessary to create a huge trauma out of these few pimples when they could just be resolved easily.

If it happens more often, we will look further into it. As long as it doesn’t, it is alright to just use allopathy sometimes as well!

Violence in School: the main Reason for us to open our own School – 21 Sep 15

Have you accepted being unhappy in your Relationship? – 11 Jun 14