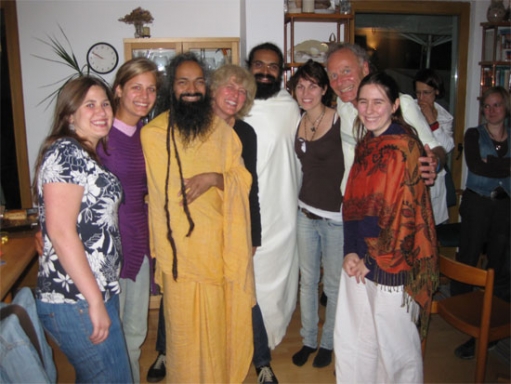 While we were having breakfast we had a nice conversation. I said: ‘I don’t understand why anybody would want to convince somebody else that they should believe this or that. In my opinion everybody should believe what they experience and feel. Everybody is unique and everybody has his own consciousness, intelligence and perception and this will suit him and be good for him.

From this point of view nothing is wrong or bad. It is only the perception. Here in Europe you can go into church with your shoes on whereas in India you have to take off shoes outside. With time situations, atmosphere, people, places and the definition of good and bad changes.

But religious teachings and gurus and masters are preaching and telling you what you should believe. This is the concept of gurus, I have written about this before already. It is easy and you don’t need to take responsibility if someone tells you what to believe in.

But if I have a look at my own life I see so many changes. I don’t believe in things anymore which I believed in 15 years ago. Instead of that I believe in things which I did not believe 15 years ago. I had this situation that I believed in something, the next day something happened and then I did not believe this anymore. And maybe after two, five or ten years it will change again and I will believe what my consciousness will tell me then. How can I guarantee this philosophy? So how can I try to force someone to believe what I believe in now? If I say this today and tomorrow my belief changes, how will I say this person to change his belief, too? And if I don’t say that my belief changed it wouldn’t be honest.

I have seen so many preachers who live this dual life with double beliefs. They don’t believe in what they are teaching themselves. And this is the reason why their voice doesn’t touch the people’s heart. It is not coming from their heart and it is not their own truth.

Today we were invited to the birthday dinner of a very nice new friend. He is the director of the school for handicapped children where Thomas is working. He is connected with children and in July he will come and visit the Ashram and the children there. We had a really nice time there and he had prepared wonderful food.