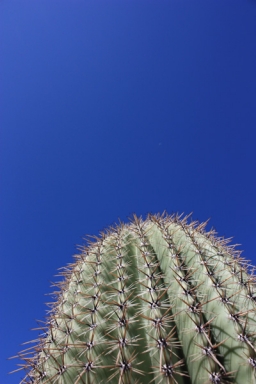 Today I had a very strange day like never before in my life. The readers of my diary know that in the last days I was writing a lot about gurus and masters who claim that they are enlightened and show their wealth by sitting on a throne or wearing golden necklaces. I was saying about their followers who wear their pendants, greet with their name as if it was God and who put their pictures in Godly poses on their altars for worshipping. I always simply say that I don’t like human worshipping.

In yesterday’s diary I said that love should be the master. Please be guided and inspired by love. Because of yesterday’s diary I was attacked by these followers verbally and with much anger. At one point I felt threatened and was not sure if it would be a physical attack, too.

What I wrote in the diary and said in yesterday’s video was nothing new. I have had this opinion for a long time and from time to time and in different ways I spoke about these topics. And actually I am not the only one. I saw the same kind of reaction from other people on YouTube.

With these followers with whom I was staying, I was very honest about my opinion and thinking from the first day. The gathered people liked and enjoyed it. The interesting thing was that after listening to my philosophy which was against human worshipping, these followers and my host came to me and told me that they thought I was right and I saw their altar: all the pictures of the gurus were no longer there. It was not only me, many other people also witnessed this. For three days these pictures were not there but on the fourth day, when people from their community were supposed to come, the photos were again on the altar. I could only laugh about this instability. I had anyway nothing to do with this altar or photos. I never said to take them down or anything like that, I just ignored it.

This was already three days ago. Yesterday somebody had posted a link and I watched a video clip on YouTube from Nithyananda from South India, a guru whom I didn’t know about until I came here to Tucson, maybe he is popular here in the US and I am the first time here. Just from my natural spontaneous reaction I recorded my opinion about gurus, enlightenment, Paramahansa and thrones and posted it. Because of that, without informing me, the organizer and host personally phoned people and cancelled appointments for healing and other things. I got to know that I was being kicked out from there when I received emails from these people. I was shocked but later on I was informed directly from the host that I should move.

Yesterday my friend Victor, who was guessing that something was going wrong, had come to me and offered me that he would arrange a new accommodation place for me. I said to him ‘Thank you, but I would not like to move from here because this would not give a good message for our hosts and organizers that I left their place to stay somewhere else.’ I said to him with much love that it was only a couple of days more and I would stay there, everything would be fine, I did not want to make a bad image or impression for them, because everybody would ask why I moved from their place. I was so naïve and never expected that just the next day I would be kicked out.

After knowing that I needed to move, I phoned Victor and asked him for help. He told me not to worry, he would need some time and do his best. He was busy in arranging a new accommodation but for me, it had already become very difficult to be in a place in which I was no longer welcome and was facing so much anger. In short, in the end we faced even the situation that wireless internet was switched off so that we could not go on internet to find the address to go to where we are going to meet Victor. When we asked our host for the address we were refused even that.

Yashendu went out onto the street to get a taxi and we packed all our things into the car. Ramona had a little idea about the address and we were driving around in the taxi asking several people for more exact directions. Finally we found it. There was the Global Chanting Group where I have also been once. They all were so welcoming with open heart and wanted to take us to their homes. I want to say all these people thank you from my heart to offer their home in this kind of situation. They were feeling very sorry that I needed to face this all in their town.

A very nice couple took us in their car to their home and another person put all our luggage into the car and brought us here to this nice house. I am so thankful to all these people who opened their hearts and homes for us and welcomed us. I am also very thankful to all my dear friends around the globe who know me personally or even don’t know me in person, who supported us after seeing this post. I am getting feedback from all over the world and people ask us to continue to create awareness in the society.

I am also very thankful to those who kicked me out or are now talking bad about me for giving me this great lesson of life. I wanted to give them love and I got this in return. I was also mailed from one of the followers who took part in organizing. In this mail I was told the necessity of masters and why you need to have masters, trying to prove from the scriptures and trying to teach me as if I have never read anything from my own culture. What can I say about them? They are real followers, only this. I wish also them and their gurus all the best and send my love to them.

But this is for sure: by cancelling my programs and kicking me out you cannot keep me from saying truth. I will continue my path of honesty and will pray for them. Don’t be that much instable and please be honest in whatever you do. Maybe many other followers will be angry and offended but I will still say the truth.