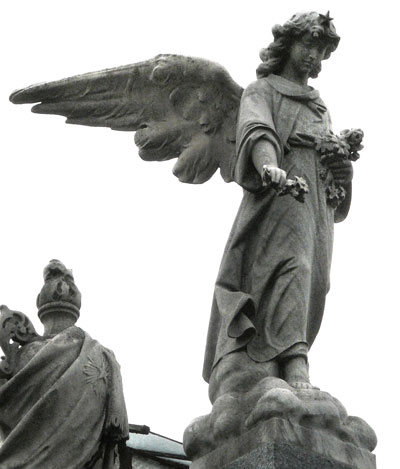 The holy and mysterious Guru of Blessings – 30 Aug 12

Yesterday I described the yoga and meditation guru, a guru who sells actual sciences that have a very visible physical and mental effect. Today I will describe a completely different guru:

4. The holy and mysterious Guru of Blessings

This guru is someone whom an intellectual person who relies on proof, on science and on facts may find a bit strange. Or very strange, depending on the extent to which this guru goes. What they will find strange is mainly that he doesn’t really do anything – he just gives blessing.

This type of guru depends very much on religious belief, on superstition, on faith of people and on an atmosphere of holiness around him. He does not sell anything specific, he does not give classes in which you can learn and he has not learned or studied any scriptures or texts. He may even not give any lecture at all! What you see mostly with this kind of gurus is that they are sitting in front of a big crowd and one by one everybody goes to the guru to receive blessings. That is all and people are happy.

They present themselves as God’s representatives or channels and if ever asked, they explain that God comes into them or God speaks through them or tells them what to do. After this explanation it is up to people to think what they want. And people are ready and more than willing to project all kinds of things onto this person. He is pure, an enlightened being, a master, someone who will help them to reach enlightenment and so on. The list of this person’s virtues can be endless – because people like to believe that there is someone who is just a perfect human being.

The only task this guru has is to give blessing and take the money for it. Often their events are even for free but in those cases you can be sure that there are stalls with items that you can buy and which are the merchandise through which they earn their money.

The guru however remains holy and a bit mysterious. This is why you won’t find a lot of controversies about him – there is no argument, just that God’s ways are mysterious! If anything crazy surfaces about what he said or did, then it is just crazy wisdom, like Nirmal Baba’s advice on how to get blessing.Sometimes they take it a bit too far, like Kumar Swami, when they directly or indirectly claim that through their blessing incurable diseases get healed.

Another guru of this type is Amma, the hugging guru. Never saying anything, never even giving a lecture, just hugging. And people tell whatever they like about her great personality – all one ever gets is a hug.

The follower who goes to these kind of gurus however is a very fearful one. People who fear god wish that there is someone on this earth who has the power to bless them so that nothing happens to them. They want to have assurance and that is why they feel good with those gurus. They can project anything they like onto them and lift the guru as high as they like. The guru becomes incredibly close to god. Again, without really doing anything. Just blessing.

Janmashtami and the Rising of the Yamuna – 24 Aug 08

Detach yourself to Learn Controlling your Mind – 16 Feb 10