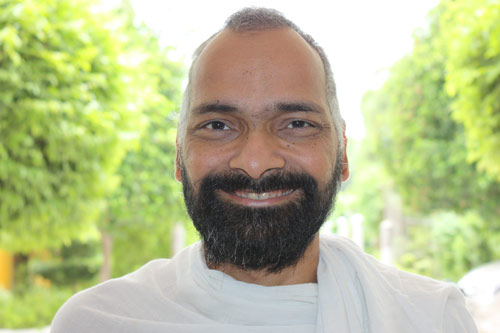 Yesterday I wrote a bit about the changes in my life and explained how I reply to people who have questions about my name, outfit or website and believe that I am still religious. There are even quite a few people who get really angry when I tell my story and tell that I encourage everyone to think about their own responsibility and maybe leave religion in the consequence. I really don’t understand this anger especially when it comes from people who believe that God has his hands in everything that happens on this world.

People who are really religious, and mostly that is those who cannot be tolerant towards people who are not, have a strong belief that nothing happens without God’s wish. They believe that not even one leaf on a tree can move without God’s wish. It is not only that the wind makes it move, for them it is God who created the wind so that this leaf could move. They believe that there is in the end some sense behind everything and God wanted it to be like this.

So if you really think this, how come you get so excited and even angry if someone does not share your belief? Don’t you think that this, too, is God’s wish?

In my eyes obviously it was my own free decision to leave any religion, any ritual, any tradition and even the belief in a God as a being or non-worldly power that guides peoples’ lives. I believe that I decided myself, with the influence of many events in my life, that I don’t want to believe anymore that God makes people do something or that there is a God with a master plan for everyone and everything.

In your eyes however, it should be God’s wish that I don’t want to believe in any religion or even in him anymore because you believe nothing can happen without him!

There are many people who turned away from religion and God and I think nobody should have any objection to that and religious people the least! If everything is God’s wish, then this, too.

A religious person should imagine the following situation: maybe God wants you to be non-religious, too, some day and initiates a change in you. You slowly or also suddenly lose your belief. In that case you will also say that it was your own wish. But before you were looking at others, believing them to be led astray by influence of the wrong people! Then you are one of them, just wishing that religious people would either be tolerant enough to let them just believe what they want or convert to non-religiosity themselves.

It all depends on your point of view. My general request to any religious person is: let others believe what they want. If they don’t want to believe what you do, you can simply think that God wanted some non-believers on earth, too. Don’t fight and argue with them. If you are interested, listen to what they say. If you are not, just leave it. Be tolerant and just keep your belief, that is fully fine for me!

The Dangers of Globalization – when everything good is exported! – 10 Jul 14