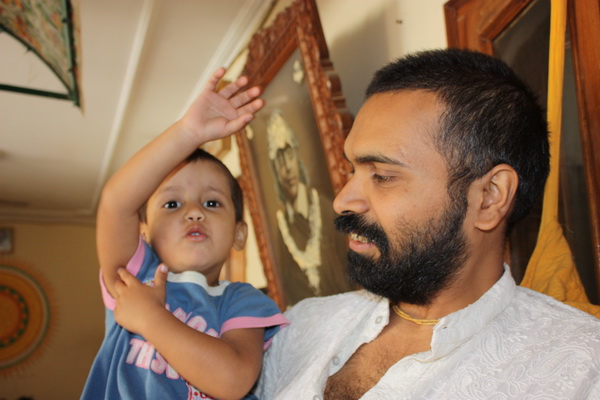 Yesterday Suraj got a pencil sharpener, a nice one with a box and a lid. He was happy because he always breaks his colour pens and is not allowed to write with ball-pens because he always draws on walls, sheets and on whatever he can find.

So yesterday he got a sharpener and he had it in his hand. Purnendu was sitting next to him but was doing something else. When Purnendu turned around again he saw that there was blood on the bed-sheet. He was alarmed and looked at Suraj but the boy was still playing nicely, just turning the sharpener in his hand. But when he looked closer he saw that Suraj’s finger was bleeding. He brought band-aid and when he was about to put it on, Suraj finally realized that he was bleeding and started crying.

Purnendu told me this in the morning and we had to laugh. Suraj had managed to open the sharpener and put his finger in and turned but he didn’t even notice that he cut himself so busy he was in playing.

Sometimes I would like to be like Suraj. So nice, just innocent and full of trust that someone will take care of him. He also often doesn’t decide if he is really hurt but looks at others first after falling to see if they think it is bad. He has a great life, never care about anything because everybody is there for him. And a child’s love is just the greatest thing! 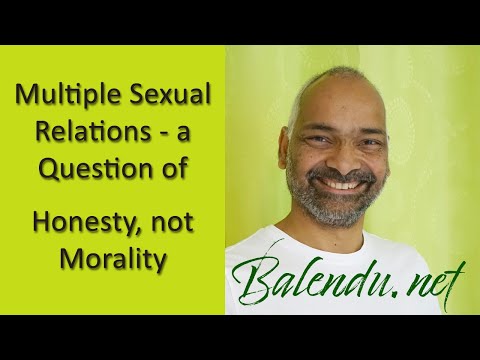 Multiple Sexual Relations - a Question of Honesty, not Morality