Yesterday I told you about astrologers and clairvoyants and at the side I mentioned that there are some people who are extremely focused on the advice that such people give them. What do you do if you have a friend or relative who believes in such predictions which you believe to be absolute nonsense?

This is actually a very real question for many people, especially in the esoteric scene or for people who have some spiritual belief of one kind or another. The reality is that when it comes to spirituality, religion and anything that has to do with belief, there are really a lot of strange methods, theories and teachings. In the end it depends on you how deep you go into this and how much you believe.

There are different characters in this world and everybody has their own way to deal with things. Some people believe everything new that comes their way. They are deeply in this ‘scene’ and have heard about nearly everything that exists. It is incredible how they manage but they seem to bring all different ideas and paths together and somehow believe in all of them at the same time.

Another type of person is more skeptical, be that due to experience or just by nature. This person believes in the law of physics and is not easily fooled by new inventions and theories which are presented as sensational but are actually only ways to produce money for the inventor. This person believes there is something more in life than just plain, dry and sober science. He or she believes in feelings and their power while realizing the psychological processes behind. This person can be enchanted but is not usually cheated by charlatans.

If you are one of the latter, you might know how frustrating it can be to have someone in your close surroundings who believes in everything that comes his way. You have a friend or a relative and you see how he goes to a different seminar every week, telling you of a different approach, another method or another training that he should absolve. You see how he spends heaps of money on devices that you know to be completely useless, on workshops from which he comes back more confused than ever and on books, CDs and other products that he reads and listens to and which he follows until the next master or teacher comes his way with another, completely new idea. What can you do to help this friend get out of this confusion?

The reality is that unfortunately you cannot do much. Why is that? I know that you have tried to talk your friend out of a lot of things. Maybe you have even managed to protect him or her from some mistakes in the past. But until now all your willpower to convince your friend has not brought him off this search for something – whatever that might be.

I don’t want to sound negative and I am really not. I believe it is great that you are there for your friend and have a calming and realistic influence on him. It is necessary and probably very helpful for your friend to have you to talk to – a person who is not confused about what he believes in and who can give an honest opinion. Maybe you have really kept your friend from falling into the hands of a sect or some weird drugs with bad side effects. Be there for your friend whenever he needs you and talk him out of everything that you think is dangerous. But don’t get frustrated in the effort of changing him and his habit of changing philosophies every week.

Your friend is obviously searching for something deeper in order to get to peace with his own life. He may have read a hundred of times to search for this peace inside himself but never managed to actually reach to this point. What you can give your friend though is a steadiness and help that all his methods and different teachings cannot provide. You can give real love. And some day, when your friend had enough of running around in circles, he will realize that there was one steady factor in his life and that was your friendship and love. 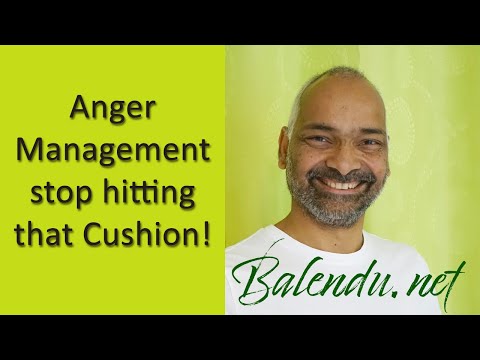 Non-violent Education: How to handle your Toddler’s Tantrums with Love – 5 Mar 14