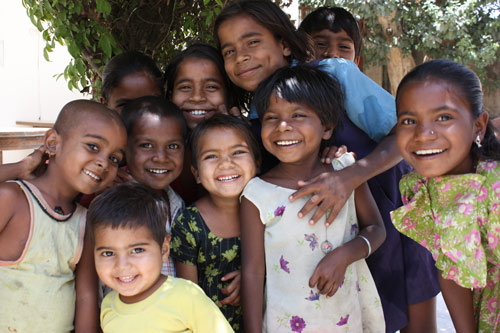 I remember something that happened several years back, when my parents were still living in town. I thought you might like this story.

One day I was sitting outside in the Ashram, in front of the building. A man walked through the gates and approached me. I recognized him as a former classmate. He had been the best friend of one of my friends – so I had known him then but had not seen him for 15 or 20 years. I greeted him and asked him how he was. He said with a sad face ‘Not very good. My wife is very ill and is lying in hospital. The doctors say they can help her but I cannot afford the medicine. I just don’t have the money. Could you help me? If you lend me some money, I can buy medicine for her and when she will be better and I start working again, I can give it back to you.’

I don’t keep money, so I went into the house to tell Purnendu to give him some money. I told him that this man had come and told him the story of his wife’s illness. When Purnendu heard this man’s name, he immediately said ‘You don’t know this because you travel out of India most of the time but he is quite known for doing this.’ ‘Doing what?’ I asked. ‘Oh, going around and telling people such stories. Sometimes his mother gets ill, sometimes his wife, sometimes his wife has a delivery and sometimes his grandfather dies. He borrows money from everywhere and never gives it back.’

Hearing this from Purnendu, I was just completely shocked. Then I said however ‘You know what, it is okay, I can afford to lose those 500 Rupees.’ For the sake of knowing each other, for the joy of meeting someone again after such a long time or just to help someone, even though he just lied to you. Anyway, he would do that once and won’t come with this story twice to the same person. So we went out, he told the same story to Purnendu and he got his 500 Rupees. He was thankful, told us he would give it back as soon as possible and left. We actually forgot about him.

A year later, Purnendu and I were going to town to our parents’ home when we saw him walking just a bit in front of us. When we recognized him, Purnendu called out to him, just with the intention of saying hello. He turned around, saw us and ran away as though wild dogs were chasing him. We remembered the incident and started laughing – we had fully forgotten about that!

After this however I said to Purnendu how unfortunate this really was. It really did not make a difference for me but he will not be able to look into my eyes anymore – he was feeling guilty. He surely spent those 500 Rupees quite quickly and for that he also threw away that feeling of friendliness towards someone who had been to school with him. But well, if he ever crosses my way again, I will just greet him nicely and let him know that I don’t need those 500 Rupees back.