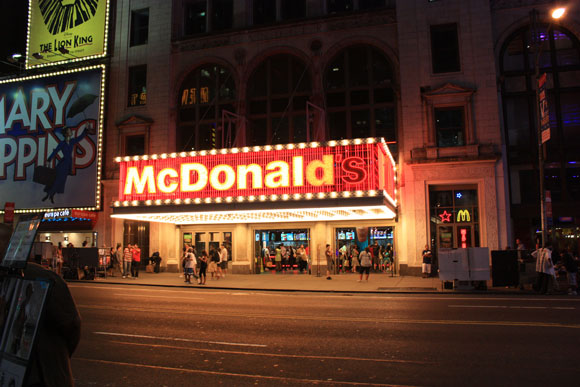 Yesterday I wrote about the bad effects of fast food for your health. In the documentary that we watched, they said that there had been a case filed against McDonalds because two girls were so obese that they were considered ill and their families and lawyers said it was because of eating fast food. The reply of McDonalds was that it is common knowledge that food gets unhealthier with each process that it undergoes. In short, everybody knows that their food makes you ill.

It is true! Everybody knows that it is not good to eat fast food, that is no secret! I don’t think that anybody really fools himself into thinking that it is healthy to eat that! People are aware of it but they still go there, and that pretty often, for their lunch, dinner, snack and even for breakfast. Isn’t it amazing? You know that something makes you ill and harms your body and mind, but you still eat it?

Don’t be self-destructive! It is just like I told about the gurus: people know that they are cheating but they still stay with them! You are aware that the man makes a fool of others and they know that fast food is bad for them. But still they eat their burgers or stay with their gurus. Humans like to fool themselves and harm themselves, is that true?