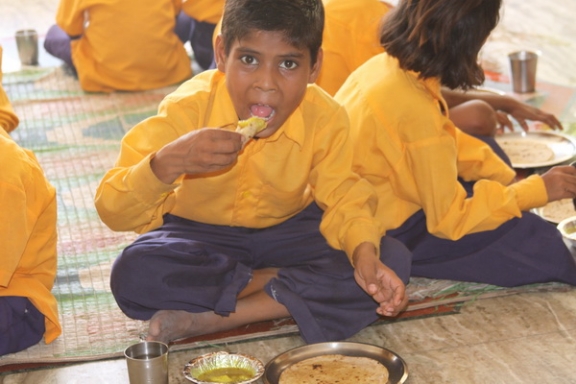 Today I read in the newspaper something about which I want to write in the diary. Reading the newspaper is not one of the things that I do regularly. They wrote that only in Great Britain, which is not really a big country, 4.1 million tons of food land in garbage boxes each year.

The government now tries to make rules to reduce this amount, which is very good, but then I read that they are actually not worrying about food being wasted, but about the landfills into which the food is thrown after emptying the garbage boxes of the houses. And these landfills are getting more and more full and grow bigger.

They also gave some stats for America and then wrote that only the food that is wasted in America and Great Britain together would be enough to feed 1 billion people. When I read these news, I was thinking that still in so many countries children and people are hungry, don’t get enough food, get sick because of this and die. And on the other hand so much food is being wasted! This waste of food also makes the prize of food increase. Then rich people have the money to buy food and throw it away but poor people have even more difficulties to afford food.

I read in another article that 880 Million people in India earn less than $2 each day. And they have to live on this. Where do they end up if food gets more and more expensive? It is a very big problem and as I wrote before, it is one of the reasons why parents send their children to work rather than to school. So that the children can earn some money, too, to afford their food.

It is sad but you can start helping! Be careful with how much you buy and cook. Buy enough, but not so much to store it in the back of a cupboard and throw it away after some days, weeks, months or even a year or two! Love your food! This love can help the world!

Respect for Older People – Love for Younger Ones – 29 Nov 08

My Wife’s latest Visit at the Gynecologist – 29 Oct 13