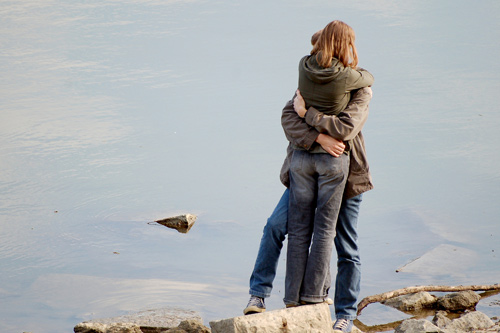 Feeling Lonely? Open up and you may see new Possibilities! – 29 Aug 16

A few days ago, we received an email by a lady who had come to me for counselling already a few years ago. In that time, she was facing some physical issues and I could help with some tips for yoga postures and Ayurvedic nutrition. This time however, she wrote me for another issue: she was feeling lonely!

This young woman is slightly over 30, has her work which she enjoys and regularly goes out with friends. She is however yearning for a partner. That is nothing surprising, every single around 30 will have such issues, male or female. That is practically just biology. The details however made me think that my reply might help a few more people in her situation.

She has been single for many years. There have been short-term relationships but more than that, there had been one-night stands or open sexual encounters with someone with whom she had an agreement: we can have sex but will never go further towards a relationship. Emotionally, she is not attached to this man very much, nor does she had any other such person whom she felt attracted to. But she wishes very much for this feeling of closeness. She is tired of being alone in the evenings and nights. A natural urge to have someone to hold and be held by.

Without wanting to tell a lot of details of her personal life, let me just say that she has had possibilities to be closer to friends or acquaintances in the past but had not continued down this path.

I told her to open up and let her fear subside. The fear of getting hurt or of damaging a friendship by starting a relationship. As long as you are showing the world that you are the tough single woman who faces life on her own and loves her independence, there may be few men who would dare making an offer. You don’t seem as though you would want them in your life! You are practically shutting your doors to such offers although you want people to come in and propose!

Being open does not mean that you let just anybody in and step on your feelings and emotions. It does however mean that you show the readiness for the right one to come. That you let it happen and start an adventure.

Don’t play safe. Life isn’t safe and good things happen the moment you let your guard down! Let it happen. Let the sparkle that you are dreaming of actually come until you – and you will notice that it is just so much easier than to fight with yourself all the time! There may be disappointment and sometimes pain as well – but more than that, you will have the chance to get what you are yearning for: love.

Eat consciously and know what you are eating – 4 Feb 16

Non-violent Education: How to handle your Toddler’s Tantrums with Love – 5 Mar 14