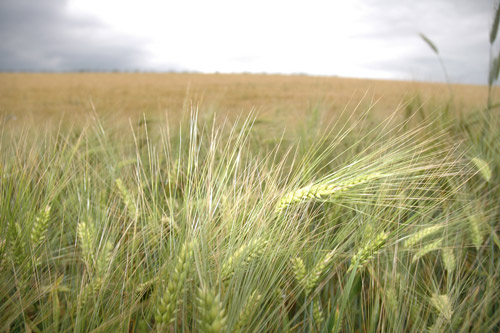 You are the one who decides what mood to be in – even with outer circumstances obviously influencing you! When an Ashram guest recently told us about a situation she had, I was reminded of this fact once more.

This young woman had decided to make her trip to India already a long time ago. When she told her family and friends about the plans and the booking she had made, she got mixed responses. Some people were happy and excited for her but others warned her that she would not have a good time, that it was dangerous and that she should not go.

It is mostly those who have not been themselves and know only media reports who warn others from going to India. That’s what our friend figured out herself, too, and she thus came anyway. She chose a good place to start at – our Ashram. Here, she had time to slowly get used to the Indian climate, time zone and of course culture.

After a few days, she was already fully enjoying her time! She did yoga every morning and relaxed in daily massages and treatments. She visited the town and made beautiful experiences outside the Ashram as well. That’s how our new friend decided to share pictures and stories on facebook and other social media networks, too.

The next day, she was visibly upset and she shared why: she had received a message by one friend, who had been to India herself and had not had a beautiful experience but had nevertheless supported her in going. It was strange – in her email, this ‘friend’ basically scolded her for putting her pictures online! She told her that she should enjoy the moment and share her experiences with friends later. She would otherwise spoil it for herself. It was a rude message and had really upset this young woman.

We talked about it and all agreed that she should not take someone else’s words to the heart so much that it spoilt her time there. On top of that, she knew that the other one was a rather negative woman who had on top of it not had a good time in India herself! So chances were that she was envious and just didn’t want our guest to have as good of a time as she was having!

Talking about it helped our new friend and it was nice to see that she took her decision: a decision to be happy instead of letting others put her down!