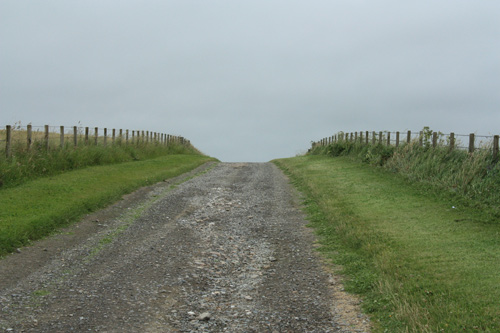 When talking about the stress and worries of corporate life last week, I had to think of a talk I recently had with a guest at the Ashram. He told me that he got too worried and stressed not only about the work that he had to do but also about the fact that he could practically lose his job at any time. His biggest fear is this: What if I get kicked out tomorrow? If I lose my job?

So this man now practically has a good job with a good salary and everything is going great. There is no specific reason why he would have this fear, no indication from his boss and no talk among colleagues. Everything seems alright – but there is that thought that anything could happen and he would be without job soon!

My reply was that anyway everything can happen at any time. You don’t know about the future and thus whatever you imagine that could happen is all imagination and fiction! It is not there, not happening but you think about the slightest possibility that something bad could happen.

It is an old advice which I want to give but it really works well: Live in presence instead of worrying about the future. The future is not here yet!

While worrying about the future you are actually missing the life in the presence. Instead of giving your best at your job and at what you are doing, you may even make mistakes at your work, simply because you are so nervous and anxious! You don’t concentrate and thus don’t give as much as you could.

Even if something happens though and you lose this job, why don’t you think it could be something good happening to you? Why don’t you see that this could be your chance for something bigger and better? Why are you thinking about the future and when you do it, why are you so negative about it? Realize that those scenarios are just fiction!

I know a similar, related case of ‘fictional future fear’: a man says he has his motorbike for many years now and he always enjoyed riding it – until some weeks ago when he suddenly started being afraid of having an accident with it! He never had an accident, he never even slipped but he is now nervous while riding the motorbike, imagining all the things that could happen.

It is fictional and although I would never suggest you to ride a motorbike if you are afraid of falling, in this case I would say work on your inner balance and then get back on it.

Live in the presence, enjoy the moment and be happy. Do physical exercise, eat healthy food and give your mind the chance to find peace and happiness in itself. Once you have reached that state, fictional fears will lose its scariness. You can shrug them off because you know that you are fine in this very moment.

Don’t let those fears get you down but use them as a reason to get more stable and happier than you are now in this very moment!