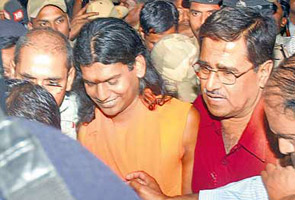 Yesterday I wrote about Sathya Sai Baba and how he succeeded to save himself from accusations and even court charges through high political connections. Another fraudulent guru from South India, also trying to make political bonds to save himself, was not that much successful with this strategy. The world got to know about Nithyananda when his sex scandal came out in March this year. A video tape was published by his former driver that showed him in bed with different women. Only a bit later he was searched for and finally arrested. After approximately two months he came out of jail on bail and today finally the charge sheets for his case were filed by the CID.

Nithyananda and four of his associates are charged with rape, unnatural sex, cheating, criminal intimidation and criminal conspiracy. One of the four is accused of destroying evidence. This evidence consisted of hundreds of contracts that Nithyananda and his organization asked people to sign. In these contracts participants agreed that programs will contain nudity, sexual activity and practice of tantric secrets. In short, it was an agreement that the master can ask the participants to have sex with him. They actually signed that they would not mind anything of that and would surely never file a case against Nithyananda because of these sexual activities.

I think in a case like this it is very hard for the victims to have the courage to go into public. Maybe hundreds of people have signed his contract and had ‘tantra time’ with him. Because of restrictions of society and worries for their reputation however, only very few women will be courageous enough to actually stand up against him. Even though the investigating parties always announced that it would be confidential, it was difficult to do this step for many and this is how it has taken so long to get 101 witnesses from India and abroad to back up the charges.

I actually got to know about Nithyananda last year when I was in America and staying with some of his followers. I felt weird about him and his message and published a video in my diary expressing my feelings. This was even long before his scandal. When his sex video came out, I wrote again in my blog and just advised him to be honest. He could have accepted that he was in love with that girl, he could have just said that he was never living in celibate and he could just have left his dirty guru business. He, the great master however, had to make drama and tried to find a way out of it in a dishonest way. Hiding, lying and posting video messages online, he tried all he could to keep up the illusion of the holy man. He did not understand that this was actually his problem and his biggest problem. This is why I believe that he should get punished for what he did even if it is difficult to find witnesses or proof. He needs to understand that he has to stop cheating people on the name of religion. He sells enlightenment for money and the path to liberation goes through his bedroom. Money and sex, a big name and some fame, that’s all it was about and if there is no will to change, he needs to learn it in this way.

I would like to make another request to government and police or to the people everywhere: please forgive him if he feels sorry for what he did, promises to close his enlightenment shop and shut down his fake Guru business. Maybe he can find another job to survive with honesty and learn to live without golden thrones.

You can always read updates on Nithyananda here: http://nithyananda-cult.blogspot.com/ 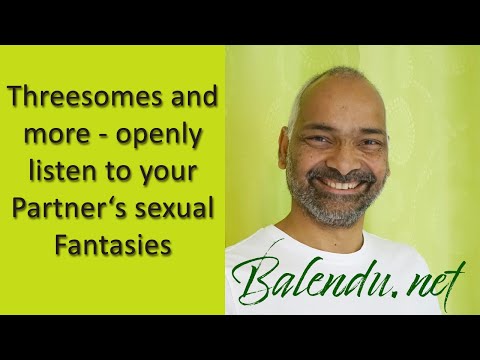 Threesomes and more - openly listen to your Partner‘s sexual...

Is it expensive if we ask you to cover your Costs for staying at the Ashram? – 24 Oct 11

Smoking banned in the Ashram but Smokers neither banned nor condemned! – 26 Apr 15

Can you share the biggest Love and Intimacy with several Partners? – 29 Oct 14