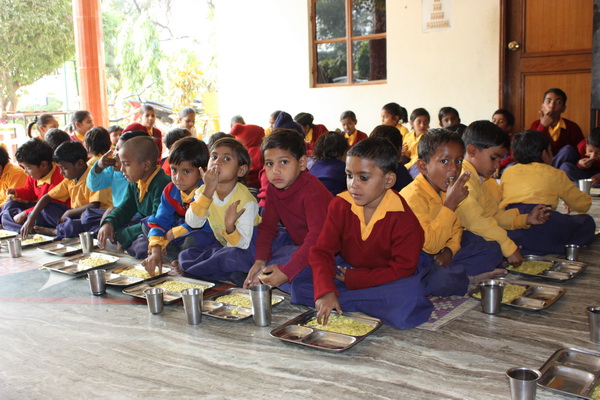 It is strange sometimes when I think about fake gurus and what people also in the west imagine when they say they go to a healer. Some people ask me about ghosts and others about love spells. This kind of belief seems sometimes very old-fashioned to me.

The other day Purnendu showed me an advertisement on TV in which a woman had an epileptic seizure. People standing around, who believed that a ghost has possessed her, held a shoe in front of her nose because they believe that this will drive the ghost away.

You see, in India it is still a very common ignorance and the belief in this kind of ghosts that occupy the bodies is still big. When I told Ramona about the measures that are taken to exorcize these ghosts, she told that the same thing happened in the name of Christianity in many years ago, too, before medicine finally could solve questions like these. But here in villages it is still very bad.

Sometimes it can be very crucial such an exorcism and those who do it are ‘special tantric people’. They claim that only they have the power to do this and they even beat the one who is lying there and who is actually ill, who needs medical help. It is crazy, there is no ghost going in or out, please help this person, bring him or her to a doctor!

I am happy that this is not anymore like this in the west and that it is getting less here in India, too, but I see how many people in the west are afraid of ghosts occupying their bodies. But unfortunately there are still people who believe in this and those who make their business with this and keep the fear alive for it. Don’t be afraid of this, it doesn’t exist! It is an old belief. Believe in love.