More and more fake gurus are exposed. Yesterday the TV news showed another guru who does not really behave according to what he preaches. He claims to be a God and he sells enlightenment by giving deeksha, an initiation, which costs you a good amount of money. The news was asking why God – as the man claimed to be – would ask for money for an initiation?

Just one day later, today, we received another news: another South Indian guru, who is actually very popular in the west, more than in India, was exposed by media. He calls himself Paramahansa Nithyananda and gives courses in enlightenment, too. About both these persons or organizations I have been writing on my diary already.

The TV channel showed a video how this fake guru Nithyananda is getting intimate with two different women. Just as I wrote in the last days, this man’s public appearance is the image of purity. I don’t think there is anything wrong with having sex; that is not the problem. But I wonder very much that these gurus give big lectures about enlightenment and being beyond worldly pleasures, preaching celibacy and on the other hand they enjoy having sex with their disciples. And he is by far not the only one, more and more of these fake gurus are exposed for having orgies, for pedophilia, prostitution and other scandals.

In the last days I wrote that sexual feelings are natural and this is why I believe you should not preach celibacy. And ironically those people who collect millions of Dollars through their image of being enlightened and the purest people on earth, abuse all their followers’ trust by going into the other extreme – into a sexuality which comes from a sick mind, which no longer is how nature intended it to be. And you need to add that this way of sexuality lacks every respect of women. There is just no love, it has absolutely nothing to do with love.

I again think of those who believed these fake masters. How much will their feelings get hurt? Why is the Indian culture polluted by this kind of fraud? You need to open your eyes now and see carefully if the person, whom you are donating hundreds or thousands of dollars to, actually lives what he preaches. Be aware. Don’t believe it if someone promises you enlightenment if you just pay him enough money. I said it before and I will say it again: you have your own guru inside yourself. Every one of us has access to this light, not just those who call themselves gurus. 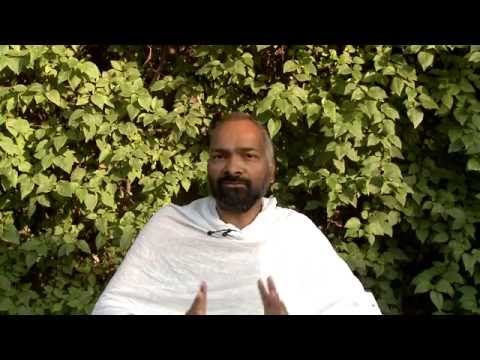 Outspoken Nature can create Enemies – 4 May 11