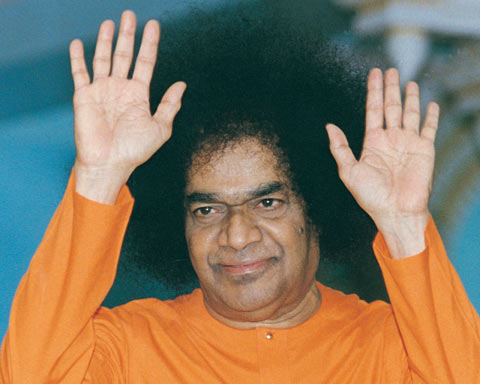 Several days ago I heard that the guru and magician Sathya Sai Baba is seriously sick and in the Intensive Care Unit of a hospital in South India, his life depending on a ventilator and some life support machines. I have seen on Indian media online that his situation has been critical for several weeks now.

I have written a couple of times already about this man and his followers. At the moment his followers are doing many ceremonies and prayers for the health of their guru. He is very well-known in India and also in the west, mostly for his magic tricks in which he materializes ashes and even gold. Unfortunately his followers, among them many high Indian politicians, believe that he actually can make gold and jewelry out of nothing. They honestly believe he is God, call him an ‘Avatar’ and trust that he can perform all kinds of miracles and heal everybody of nearly every disease. Some people even claimed that he has healed their cancer.

Knowing this all I had to wonder very much when I heard that he now depends on life support in the hospital. How come? Does he not have the power to make his body functions work as they should? Can he not heal himself? Additionally I had the impression that God never dies. If this man is God, how come he is now apparently about to die?

You may now say that God, the essence, doesn’t die but the incarnation, the physical body does. Okay, I might even accept this as an explanation but wouldn’t you expect God’s incarnation to die in dignity? Or peacefully? But this is what nobody would ever wish for himself!

Why do his followers even now still believe that he is anything greater or better than all of us? They still don’t realize that whatever he has always been doing was only fooling and cheating others! Still and until this very moment they believe that their guru is God and not just a normal man who got old and sick and will die soon. That is the reality.

I guess there are already many answers to the question why God dies and why especially in this way. His followers will write a complete new scripture about him after his death and built several more temples in his name. There will also be more people imitating him. There were many already who have been materializing things like him and showing tricks like him in order to attract followers. I am afraid that after his death more people will walk this way.

They might even say ‘I have a part of Sathya Sai Baba’s soul in me’ and while there is only one living Sathya Sai Baba, there will be many more of his incarnations in future, once he has passed away.

Be that as it may and be he who he may, I wish that his soul will go in peace. Then he will be in light and love instead of this web of lies, tricks, magic and fraud.

Full-Time Schools – are we turning our Children into Robots? – 8 Jul 13

Pushkar – a City turning from Spirituality to Tourism – 18 Sep 08