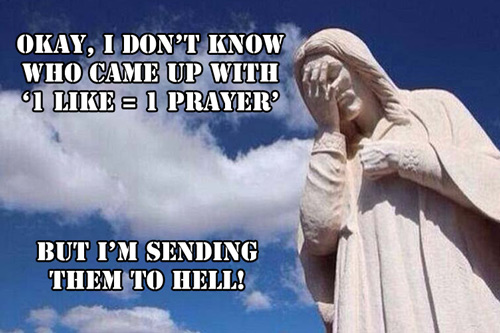 I yesterday wrote that you should not let social media become your second reality. Because it actually remains a fake world! Keep that in mind both while reading other people’s posts as well as when writing your own or sharing stories you read.

You need to remember that anybody can write anything on the internet. This doesn’t mean that everybody writes lies but it is easier for people to display anything in a brighter light online than it really is in reality! A nice day becomes the best day of the year just by words. A photo can make you longing for a loving partner who takes you in the arms, just like your friend has one – but you didn’t hear the fight that preceded this picture… There are so many examples!

It is not only about you getting a wrong message from pictures of friends! No, you actually have to understand that the virtual world is and remains that: virtual. Of course you can send greetings with your words and make someone feel better by showing your support with a ‘like’ on Facebook. You cannot, however, save the world by a click with your mouse!

Oh, I may have to differentiate now: there are of course campaigns that live from the support of their helpers in the form of clicks or views. There are big protests that happen only online and with the virtual presence of thousands of people. There is however also a lot of scam and that is what I am talking about.

You may see a horrible picture of a girl with a deformation by birth, asking you to like and share because any organization you have never heard of will donate five dollar for every like and ten Dollar for every share. I can say with 99% surety that this is not going to happen, it is not real. Even that girl’s picture may not be real or taken in a fully different context!

You won’t get the government of an African state to put more effort in searching a criminal and you won’t get Facebook to change its policy only by sharing a post asking them to.

Oh, yes, I nearly forgot: by sharing a picture of a Hindu god, you won’t get extra Karma points and god’s anger won’t hit you if you don’t forward that message to ten friends in the next five minutes!

I am fully aware of the fact that there are people online who cannot make the difference. One of our employees for example asked Ramona whether he had really won 3 million rupees from Coca Cola, as an spammy message in his inbox suggested!

It is not nice that such messages even get to these people but that is part of the game in the World Wide Web! The only thing you can do is to stay aware and alert, keeping an eye open on your social media sites and don’t believe everything you read!

How to handle your Expectations after having uncommitted Sex with a Friend? – 26 Feb 13