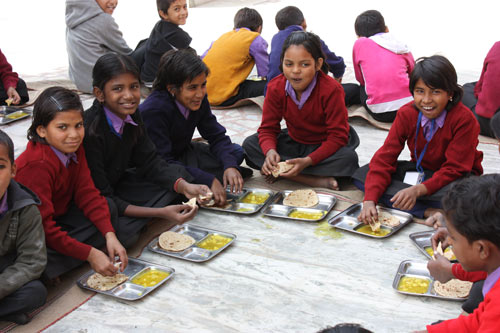 Yesterday I wrote that it is not good to constantly criticize everything and everyone around – you will make others unhappy and yourself, too. There is however of course the question of positive and constructive criticism – when is it actually good to criticize or to be criticized? The answer sounds of course very simple: whenever your criticism helps. The action of only voicing such criticism that helps is however much more difficult!

The main aspect of this is your intention of saying something at all. If you are criticizing the other one simply because you criticize everything you see anyway, just like I explained yesterday, there is no way your criticism will be received positively. You did not even want it to help, you were searching for a mistake.

If your reason for saying something negative about somebody else’s work or behavior is genuinely only that you wanted to help, it will look very different. You see what the other one is doing and you had the wish to see something nice and something great. You want to praise but there is this small thing that disturbs your experience. You believe it would disturb the experience of others in the same way and that is the only reason why you really say something in the end – so that the other one can get praise and success in future.

The result of your criticism should usually be according to your intention – if you just want to nag, the other person won’t listen, won’t care and won’t change. If you honestly and politely suggest a change, the other one can be in the situation to accept it. I consciously write ‘can be’ – because there is always one more obstacle for positive criticism to actually work: the ego of the person criticized.

At this point I want to appeal to everyone to put their ego aside whenever they hear someone evaluate their work. Listen to the other person’s words and take your time to think about what he or she actually said and wanted to achieve with those words. Was the other one trying to help? Thank him or her and consider actually taking their advice. If it helps, it is great – but if you think it won’t, you don’t need to. You should however appreciate their wish to help and feel their support instead of getting all angry about them having the nerves to criticize a piece of your work! Take it easy, they wanted to help, you are of another opinion, it is fine. But maybe there is a piece of truth to what they say and you could do better next time.

What about the other case? Was the other person only pointing out the negative without any appreciation or wish to help? Well, even then, I would say you should thank the other one because if you get angry or upset, it won’t help either of you. Maybe, if you give a positive response, the other one will not react as negatively next time.