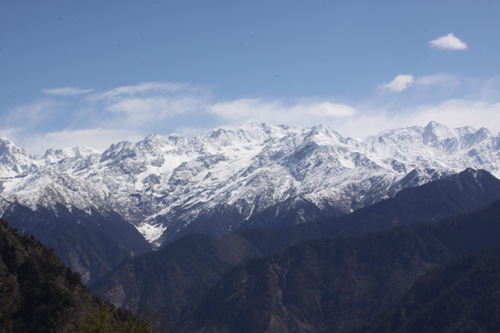 In yesterday’s blog entry I focused on the positive aspects of the ego. Today I would like to write a bit more about the downside of having too much ego, especially in spontaneous reactions to your outside.

In life, we often have situations in which we have to react immediately – be that a friendly conversation on phone, a work situation or some new information by a family member. And I believe everybody has already made that experience that in some encounters, your ego brings you in trouble. You react in a way that makes the situation unnecessarily difficult.

After your ego-filled reaction, when you have had a bit time, you regret your quick answer but then it is mostly too late already. You feel like banging your head against a wall for having brought you in this situation. You could have well done without this self-constructed problem!

What happened was that you were presented with something that triggered your ego instantly. As the situation required an immediate reaction, your ego took over and gave an answer that was soaked with ego.

Let me give you an example. You are talking with your colleagues about a recent project at work. You all had been convinced that you had done good work but somehow the result was the opposite: it was a big flop and nobody liked it. You are talking generally about it when one of them says ‘I believe nobody actually liked the design.’ Ouch, the design was your part of the project! Your sense of reasoning shuts down and your ego rises up. Your head gets heated and maybe even red, there seems to be the sound of waves in your ears and finally your hear yourself say with piercing voice: ‘Well, the text sounded like written by a pre-schooler!’ – an attack on the writer who had pinched your ego with his remark. Not a very clever retort, not impressive at all but drawing everyone’s attention on you and your ego!

Depending on the amount of ego that is involved in the matter, you will regret this reaction immediately or after some time. But you normally do, knowing that your ego won in that moment. It is embarrassing and doesn’t make you feel good at all. What to do?

If you notice such problems frequently – or just from time to time but want to avoid them in any way – I would recommend getting used to thinking before talking. Practice not replying to anything immediately, no matter what you are talking about. Take a second and then talk. In critical situations, this second can give you enough time to restart your logical thinking and stop your ego from blurting out something ridiculous which you only regret later. Often it is even alright if you don’t say anything – just smile and remain quiet. If that won’t do the trick, maybe take a sip of water until you have cooled down your mind and could think of an answer without involving your ego.

If somehow, this all did not help and in the spur of the moment your ego took overhand, try to take action as soon as possible for controlling the damage. In the example above, after it slipped from your mouth, just smile, say sorry and tell your colleague that you didn’t mean what you just said, that you were just stressing out about the problem and that you just had a problem accepting his direct criticism. Name the problem directly – the others will understand!

Try to keep your ego in check the next time – just to avoid unnecessary ‘ego panic reactions’.