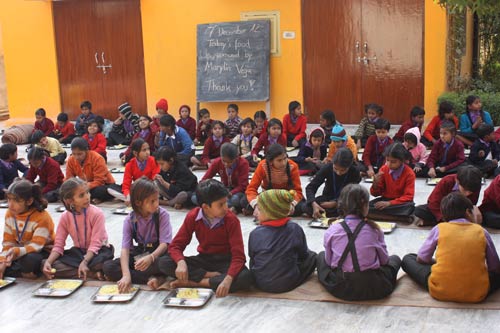 Yesterday I said that criticism is never well perceived by people with ego problems. It is obvious – any kind of criticism, be that with good intention or not, means that there is something wrong with who they are or what they have done. Their ego is not able to accept this and they will get angry and won’t change anything. Especially when this ego is paired with perfectionism, a person will have the biggest problems with even a small piece of criticism.

A perfectionist who does not have ego-problems may not have as much of a problem if someone points out a mistake in his work. It will still sting – because it means his work was not perfect – but he will go and change that detail to make the complete work as perfect as possible. In the end, he may even be thankful to the person who pointed it out because that made it possible for him to be perfect, at least in his own eyes.

The definition of perfect means that it has reached the highest level of being good. If something is called perfect, it means it could not have been better. A perfectionist tries to reach this level with his work. He will practice again and again until he reaches there or he will closely examine every piece of his work, correct it, modify it and go in detail to make sure it really is perfect. A small piece of imperfection will disturb him.

A regular perfectionist also knows that nobody is perfect and that perfection, although it is by definition the point where you reach the limit, actually has no limits. There is always something that could be better. You play the guitar perfectly but then there suddenly is a player who plays even better than you! You create a perfect piece of art but then you see another piece of art, just like yours, into which the artist added an element that could have improved your work, too! Perfection in itself has a contradiction: it is the limit, the best, but at the same time there is always something even better.

The perfectionist knows this and is caught in the conflict of wanting to be perfect while knowing that there always be someone or something a little bit more perfect than him.

When ego crawls into the mind of a perfectionist, the situation changes. Ego makes him believe that he is perfect. This is the point where this person becomes an explosive danger for his surroundings and especially to each person who dares criticizing or questioning any of his actions or results of his work.

In that case, the inner conflict of the perfectionist with the fear ‘oh, did I miss something?’ clashes the thought of the ego ‘This cannot be, I have thought it all through!’ and the result is a direct attack: ‘If you know it better, do it yourself the next time!’ or ‘Okay, I just destroy it all and then you can see how you want to do it!’ or something along those lines. The perfectionist will regret this later while the ego keeps on shouting in his head ‘I was right, I am perfect!’

For everyone who finds himself in that situation, I have one advice: control your ego. Whenever you hear someone criticize you and you feel the blood rushing to your head, remind yourself that this is the ego pumping up your blood pressure and making your ears ring. You don’t need to get that excited about it! Take a moment, consider what the other one is saying and then reply. If you are in mid-conversation and it would look funny to just remain silent while you calm yourself, simply excuse yourself for a moment. You don’t want to regret anything later, so think first.

Work on controlling your ego and know that nobody is perfect. Nobody expects you to be, either. Just be you.