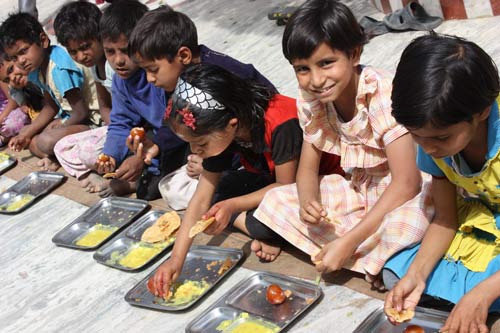 When unpleasant things happen in our lives, things that you never wanted to happen in this way and that you never thought to turn out that way, you try to analyze what went wrong. Was it a wrong decision, a wrong step? Have you ignored your inner voice, your intuition? Or have you ignored other people’s advice? Or maybe everything was completely fine and okay from your side and then this result comes – and now you feel that it was not in your hands. Then you would obviously feel that it was supposed to happen.

Whatever reason it is, when you have the trust that you were honest and had a good intention, don’t regret the result or taking the decisions you took. The good thing is that you learn with each experience. You have time to analyze and then to improve yourself and your actions. If you feel that a decision was wrong, never mind, you saw the result and in future you know not to take the same decision again.

Sometimes we feel from inside that things are turning a way that we don’t want. We have a kind of a gut feeling that it is not right, our intuition telling us that we should pull the break right now. Unfortunately we don’t listen to that voice often enough. Other people confuse this voice with their normal doubts and believe that it is only their negative thinking telling them it would not work. So you go on and now you are at this result – sometimes a gut feeling would be something to listen to!

There are situations though in which we feel none of our decisions was wrong. There may have been the feeling that it is not going the right way but we had no chance of acting in any other way. We feel what we did was the right thing even if the result is not the way we wanted it to be. Sometimes in life we have to accept this kind of situations, too. There are a lot of different factors that contribute to one situation and especially to the actions of different people. You said what you wanted to but maybe the other person got different input from another side. Maybe something happened that completely changed his mind. Maybe he was just not the right person for the result you wanted to achieve. In those cases, too, we just have to accept it.

Sometimes the outcome is simply not in our control, so there is no sense in regretting what we did. Just don’t get mentally stuck at that point, thinking about what could have happened if you had taken another decision. You will never know. Nobody will ever know. If you had said something different, if you had acted in another way or reacted in another way, if you had shown less emotions or more emotions, it just doesn’t matter. You did what you thought was right, you did it with your best intention and with full honesty. Learn something for the future but don’t get stuck in the past.

The reality is that a bad result always has some good aspects, too. Try to see those, laugh about the episode once it is over and go on with life. Life is great, it gives us so many experiences!

No Fast Food for Children – Overweight, Diabetes and more! – 1 Aug 09