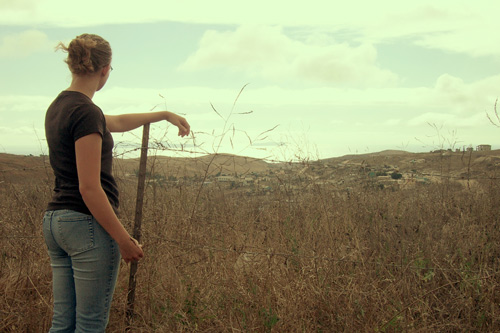 While I yesterday wrote about parenting questions that refer mostly to dealing with toddlers and small children, I would today like to discuss an issue that comes up with elder children, those who are entering adulthood. It is a problem that I have seen quite a few times and which has been described to me in many consultation sessions: when a parent, especially if it is a single parent, depends so much on the son or daughter that they cannot let go – and make it difficult for their child to find his or her own way!

This sounds very abstract but with a concrete and detailed example, you will know what I mean.

One day, a 20-year-old woman came to a consultation. She told me that she wanted to have my opinion, as I might see things completely differently than the people around her. The emotional dilemma that she was in was the following:

She was living together with her mother. When she had been nine years old, her parents had divorced and after some ugly scenes and fights, neither she nor her mother kept any contact with her father anymore. Her mother raised her on her own and put her whole heart into this job. They had grown very close and the mother was the person whom the daughter trusted and loved most in the world.

Two years ago, this young woman had finished her high school education and had applied at several universities across the country for further studies. There were several letters of acceptance, among them one from a university close-by and also one of a university that she very much wanted to go to but which was further away.

She had had the urge to visit the latter, to get out of the caring home of the mother and to go and explore the world on her own. To start the adventure she imagined life to be and which she guiltily felt she had not really started yet – because she took care of her mother in the same way her mother took care of her. She was quick to explain that she loved her mother more than anything and vice versa. In any case she didn’t want to seem unthankful for everything the mother had done for her, with hard work and much love. In the end however, she had stayed. She had decided for the university close-by.

At the point we met, she was still in the same situation. And she had started resenting many actions of her mother, feeling guilty about it right away, too, unable to help this feeling of anger as if the mother kept her from really living her life. In this confusion, she had come to me.

I told her that her anger showed her what she really wanted: to live her own life. I encouraged her to do exactly that and without feeling guilty about it. If she didn’t, she could see already where it was going. Towards a life of bitterness and resentment! Feelings that would easily spoil the love that she and her mother had for each other.

She had ambitions, goals and dreams, so especially at this age, she should go for it and dive into the adventure! That didn’t mean that she would ‘abandon’ her mother! She could still take care – just from a little further away! And after some time would have passed and she would be independent and established, with more roots in life than now, they might as well find a future together again! The situation could come that she would then be able to take care of her mother more closely.

In my eyes, this was the way which would save their love while letting the daughter live her life – and I am sure her mother understood as well!